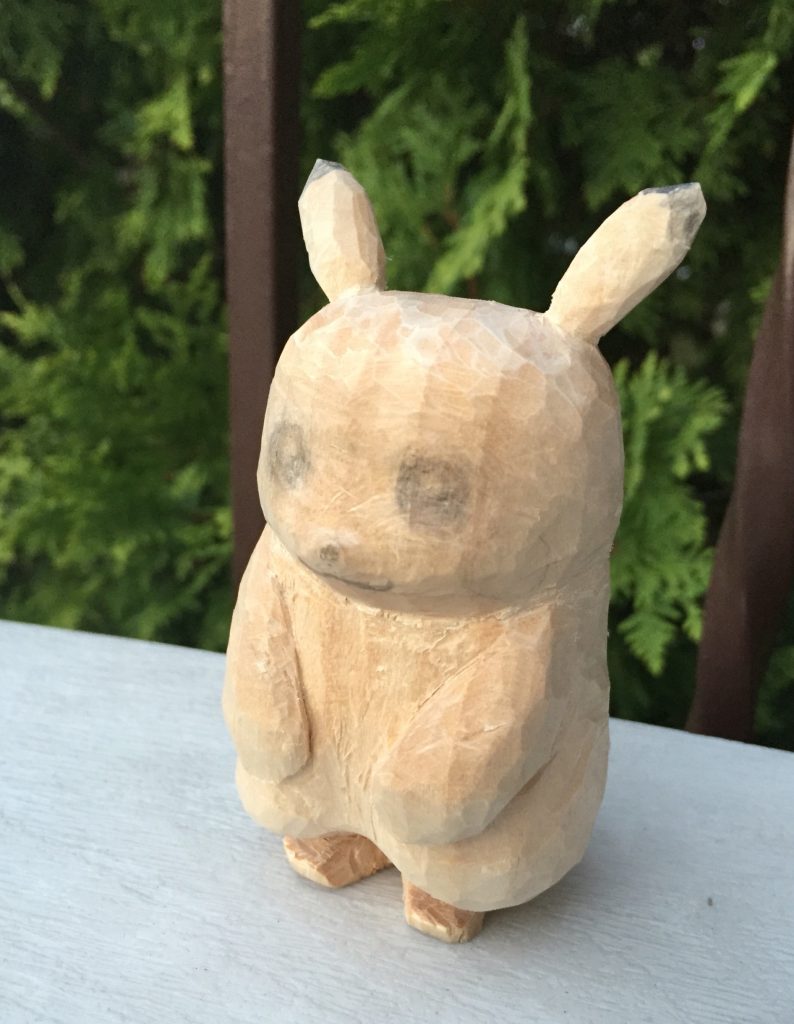 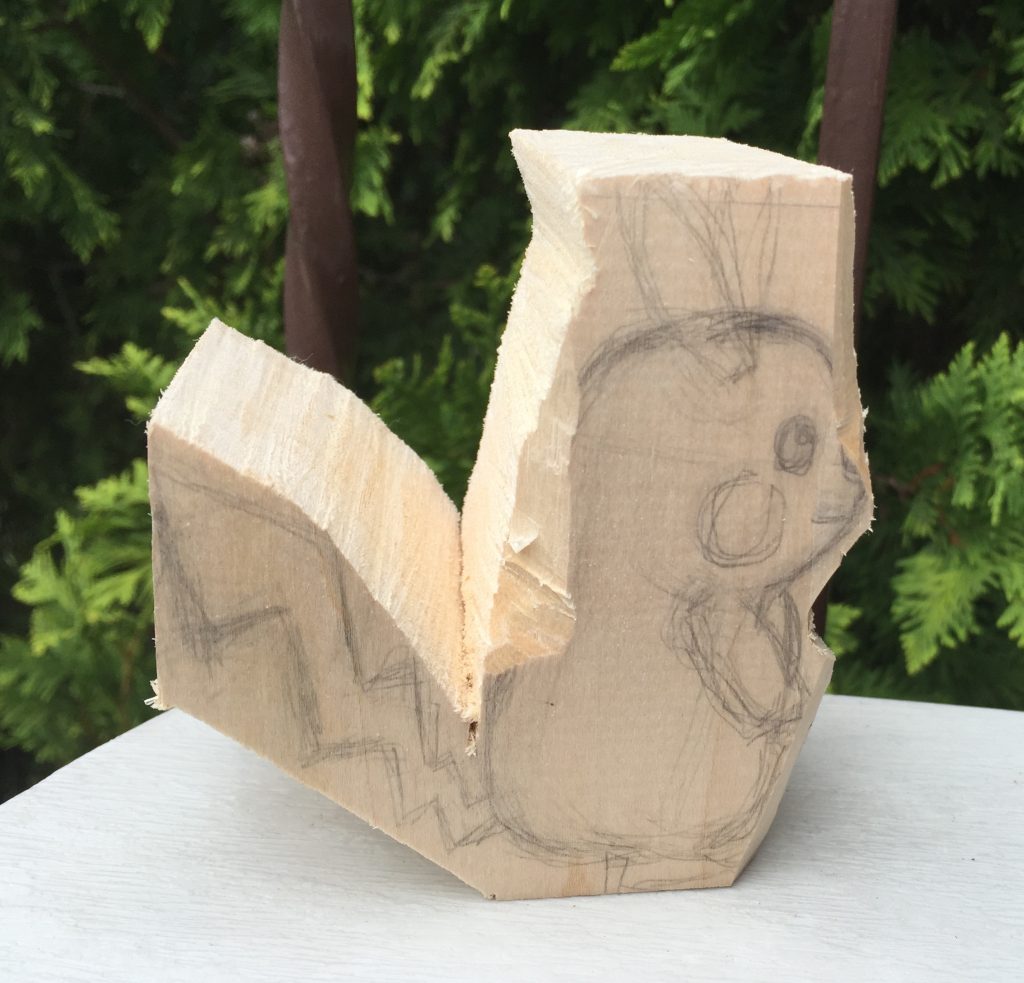 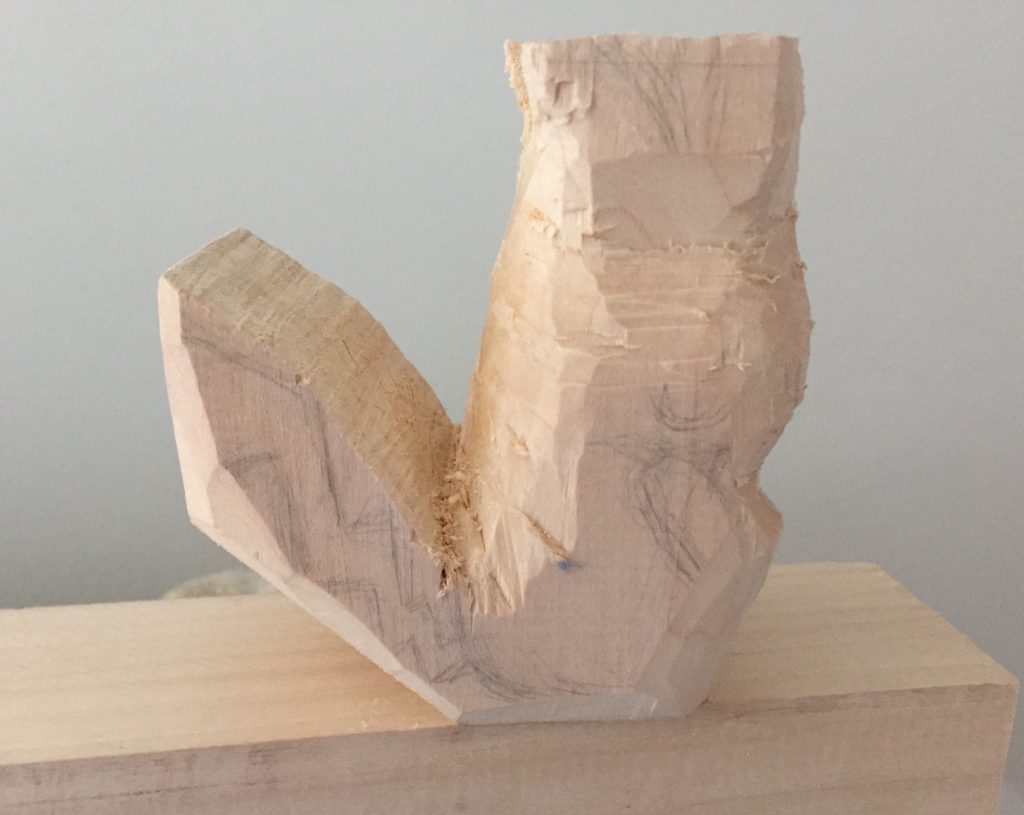 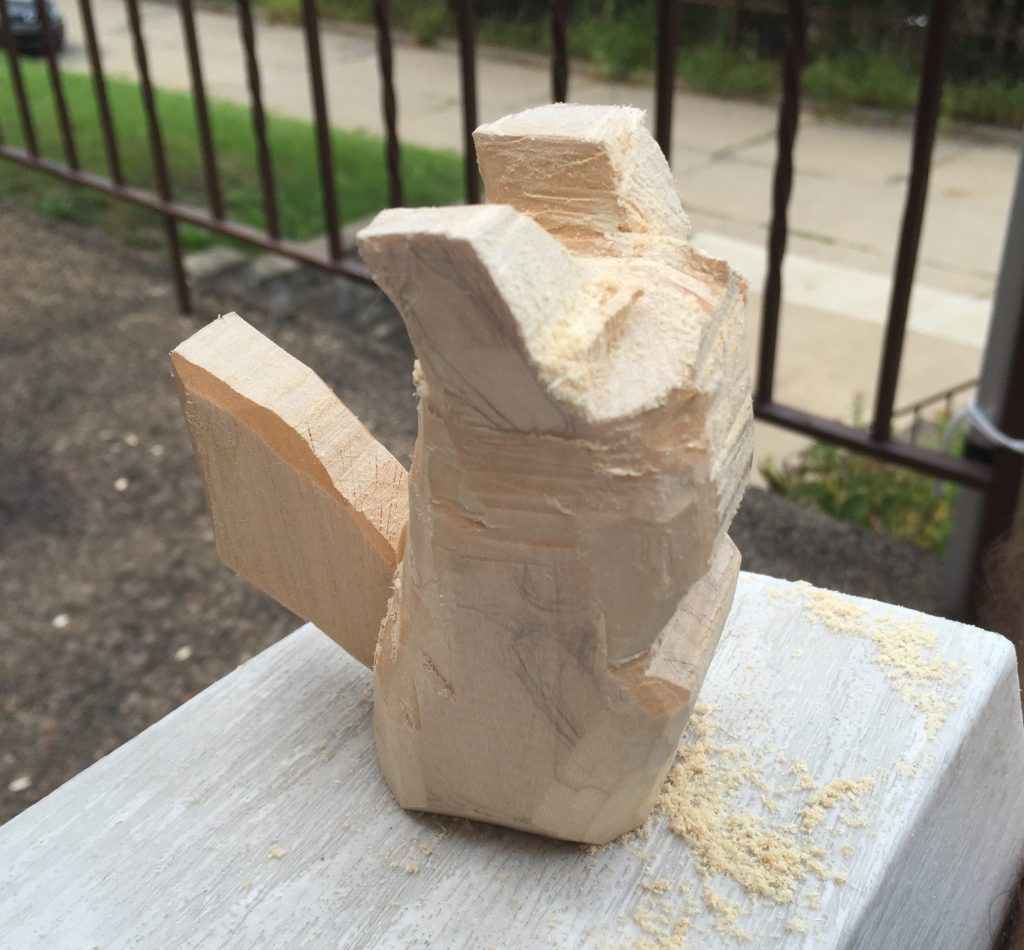 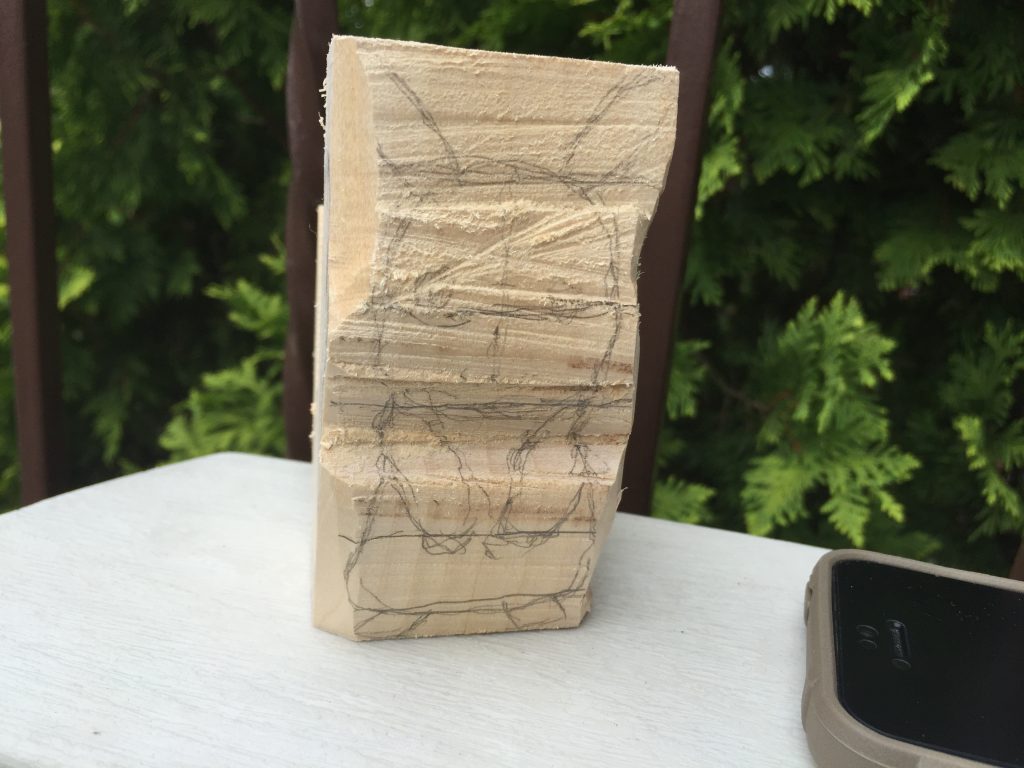 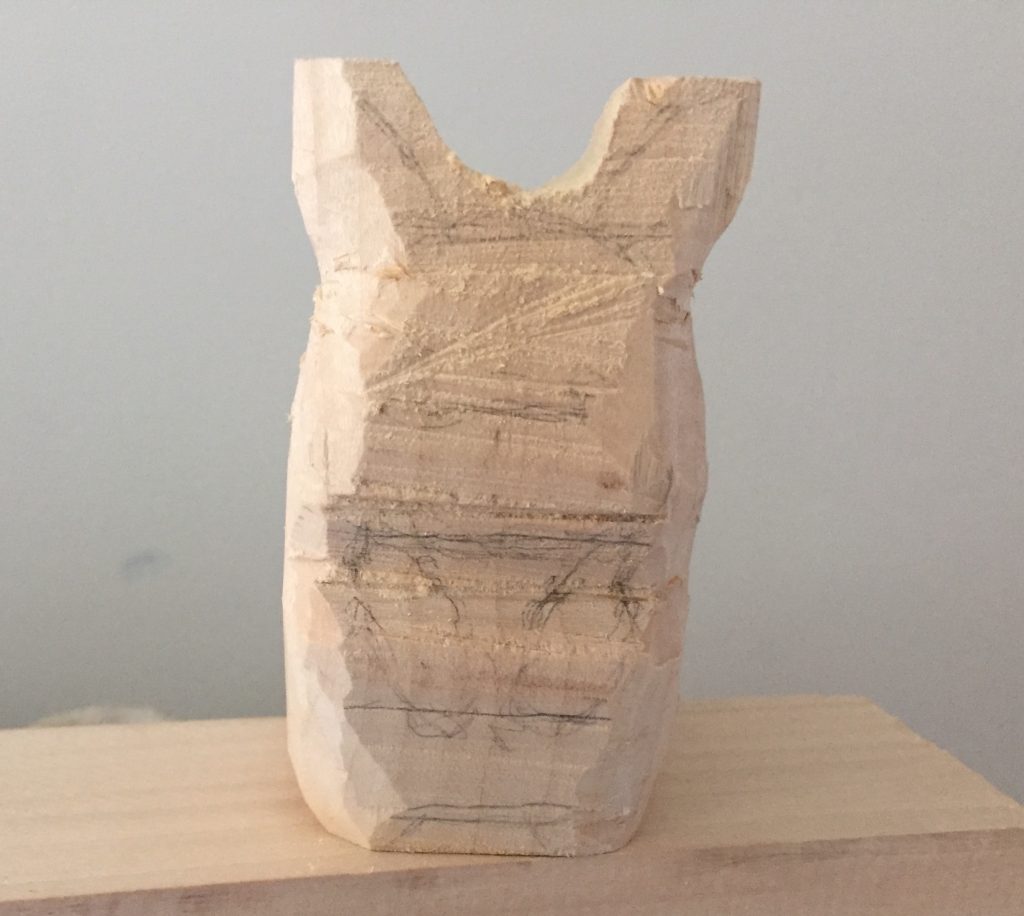 The squid from the Nintendo game Splatoon, my first carving 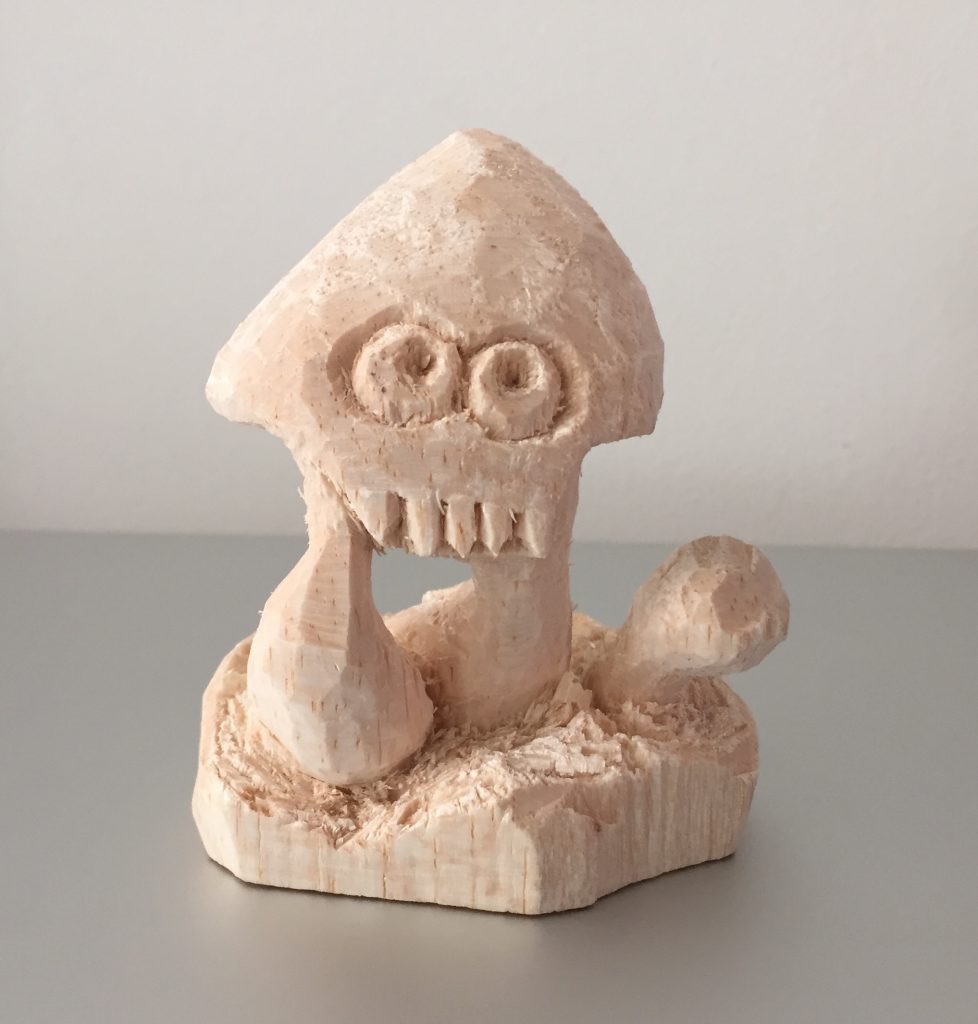 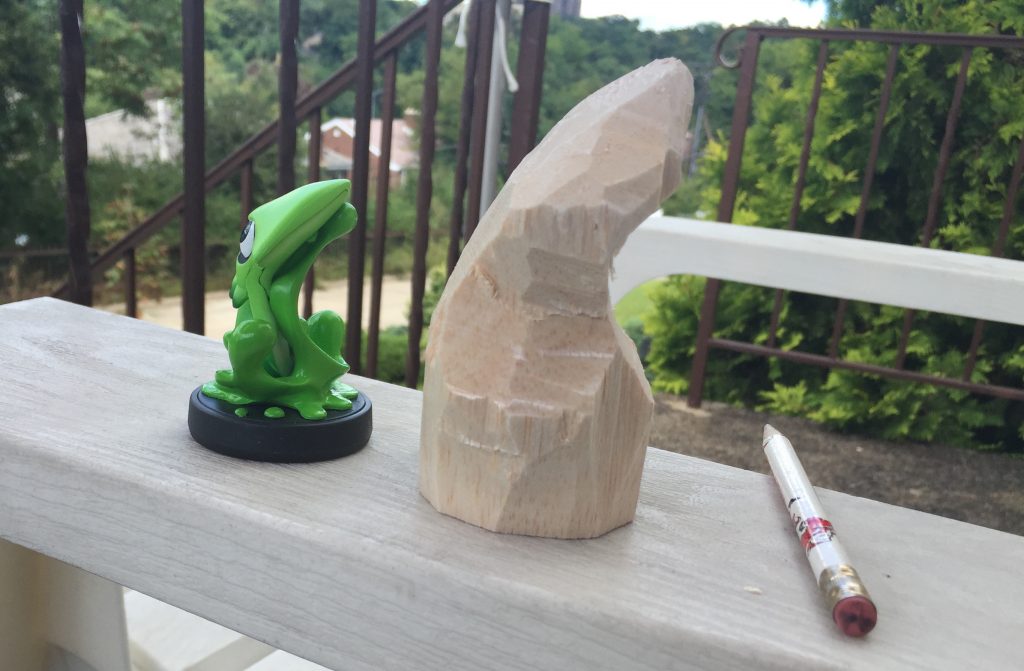 Before starting to carve the squid I looked up videos on the basic cuts and how to make them. Here is the video of the four Basic Cuts to master. I also had a model to work from, this helped a lot and I would recommend it. I could twist and turn the model and see it from all different directions. I’m not sure I can remember a lesson I learned from this carving, but I was blown away when I cut entirely through the wood. It was the spot between the legs, when it went completely through the wood, blew my mind. In the end, I wouldn’t recommend balsa wood for carving, but it did help me to get a feel for the carving process without strugging with the wood. 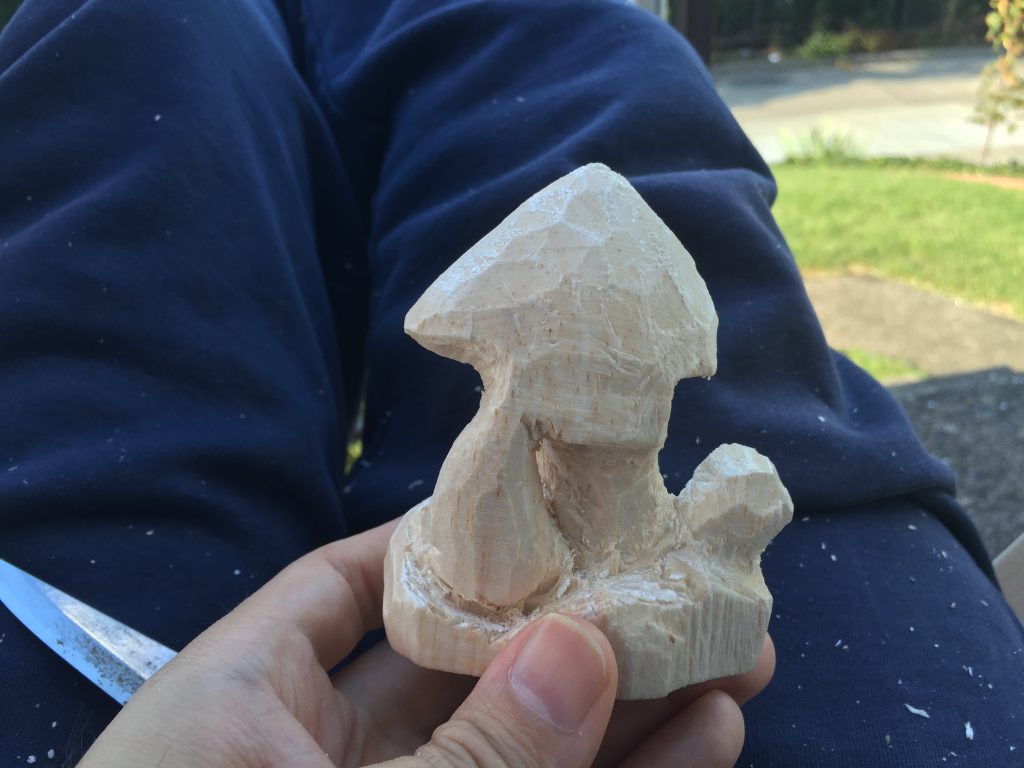 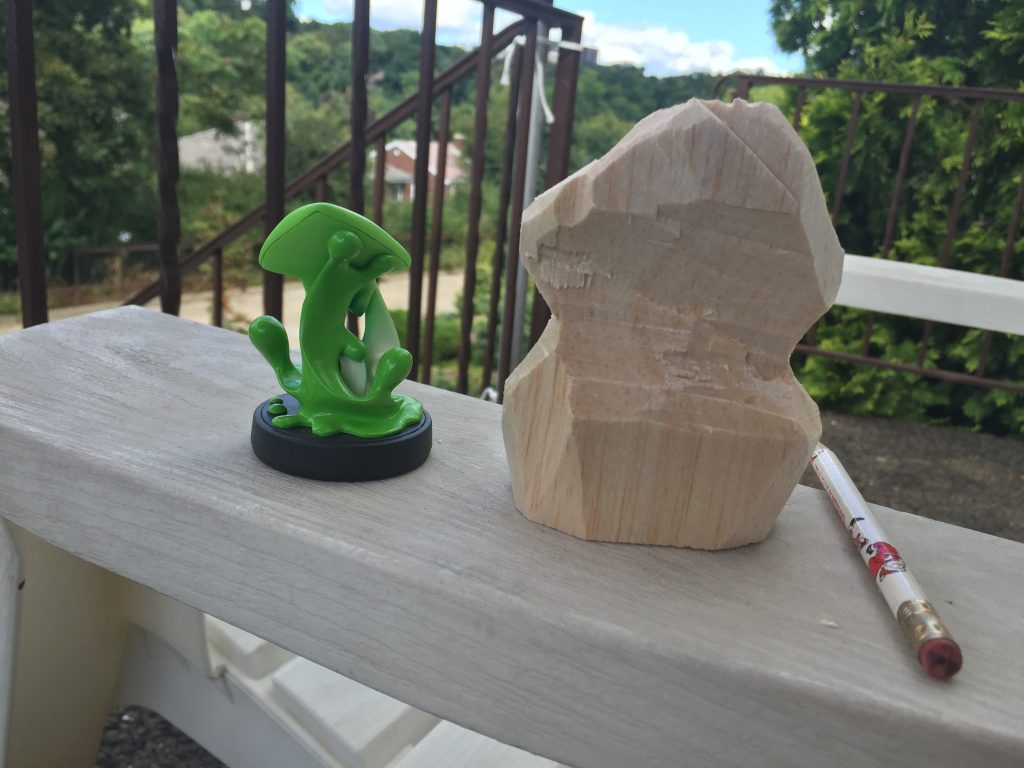 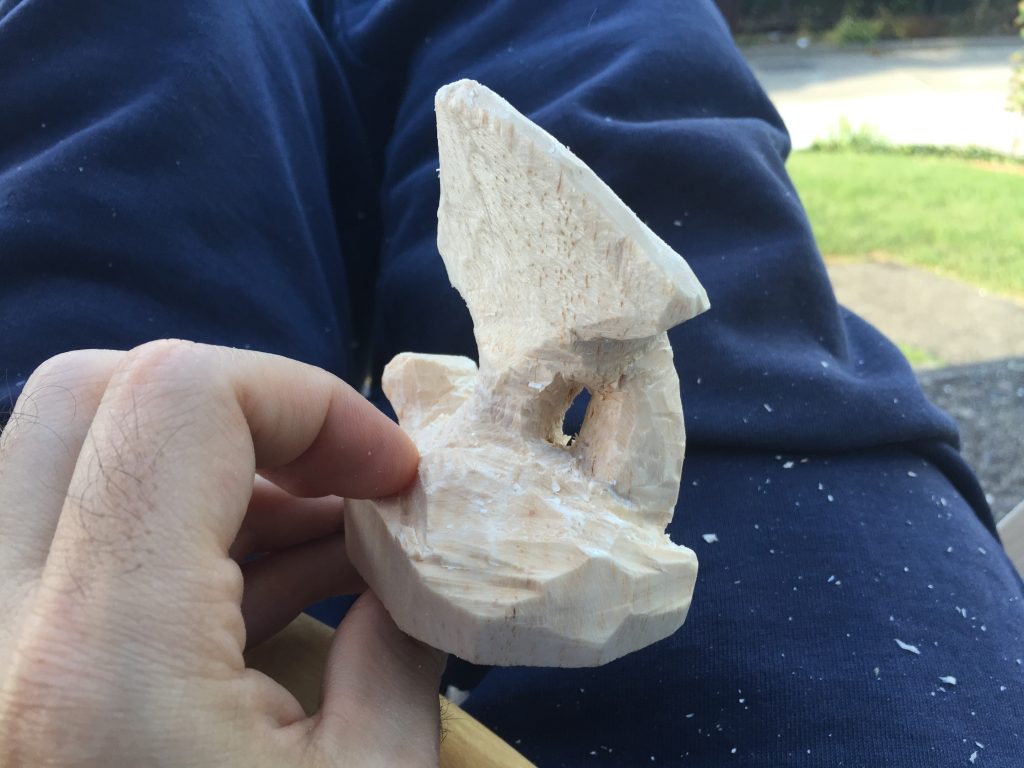