The Bear with Trout (based on Splatoon 2 Mr. Grizz) 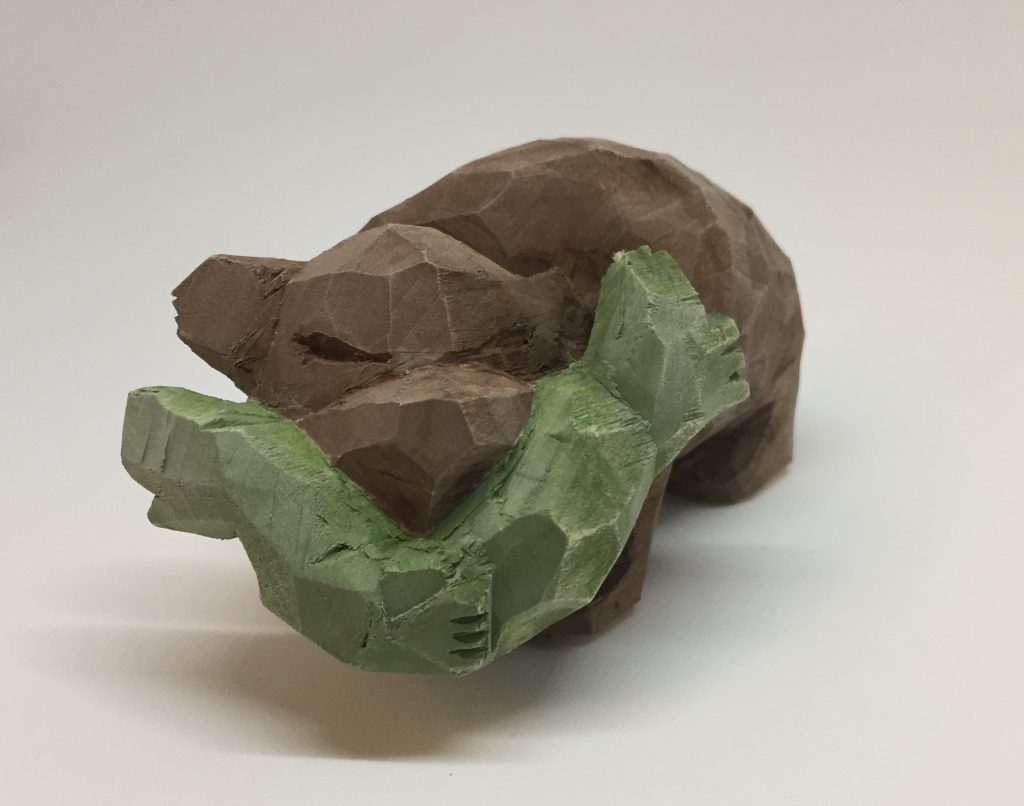 This one came out better then I expected. I made it in the Scandinavian flat plane carving style. I got frustrated at the end of this project and just started quickly lopping off chunks of wood to create the flat planes.

I broke the fishes mouth when trying to carve it, and Elemers glued it back together. Originally I wanted it to be a salmon, but I painted it green (thinking fish are green) then realized salmon are silver in color. My wife said it still looked good and even sent me a photo of a bear catching a trout, so she made it okay for me.

Dale Kirkpatrick an amazing carver taught me after this to paint the wood wet. I painted this one dry and the brown and green was too dark. Painting it wet keeps the paint from soaking in too much and getting too dark. I ended up lightly sanding this with a very fine sanding pad foam thing. It lighted up and make it look distressed. 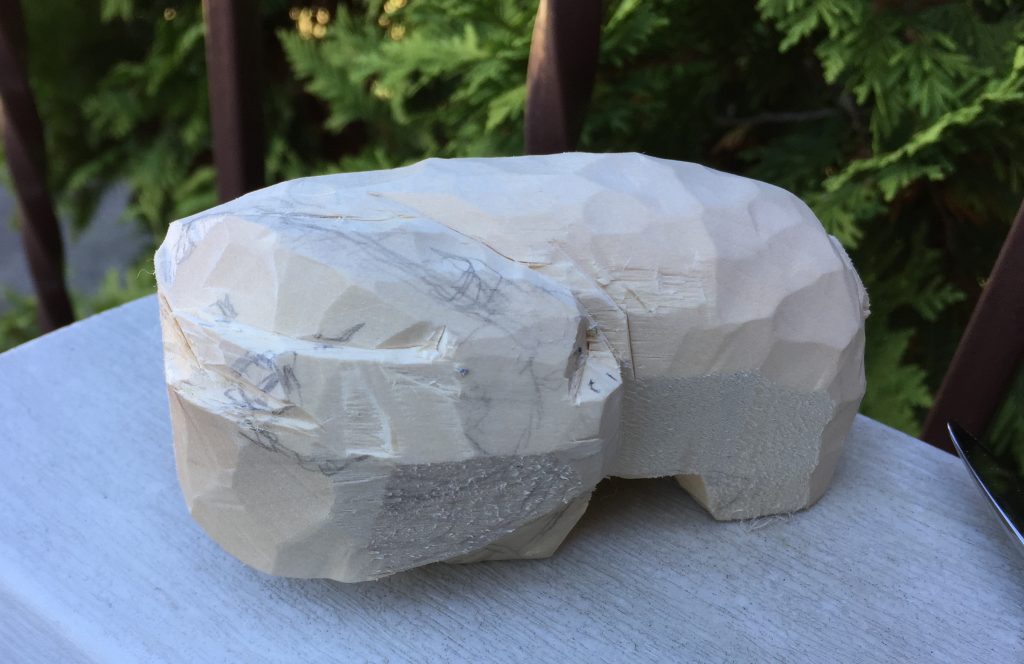 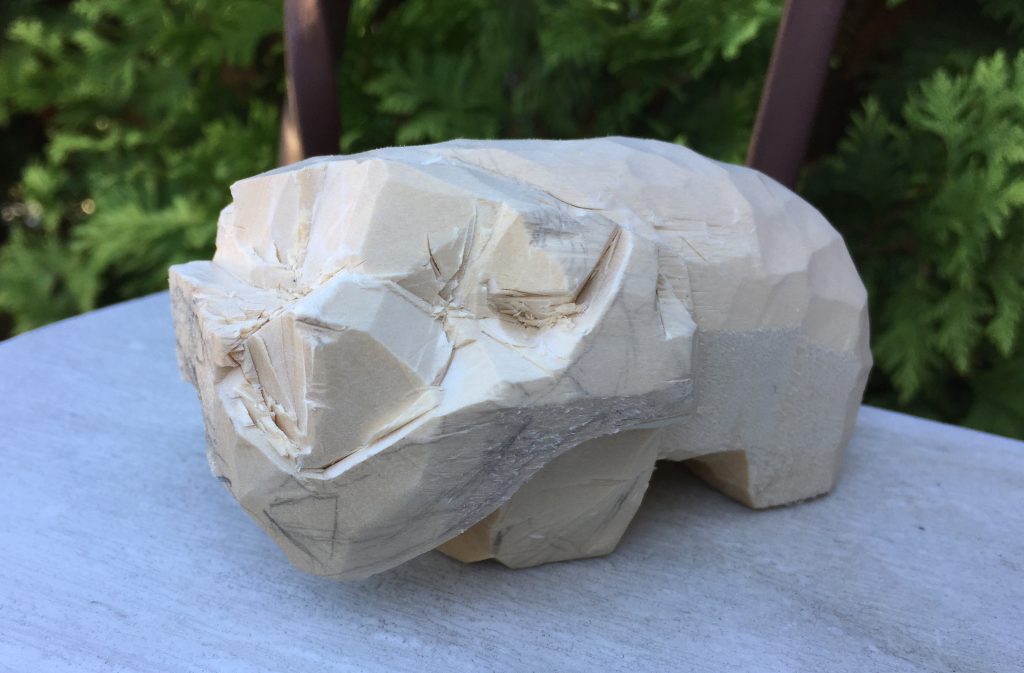 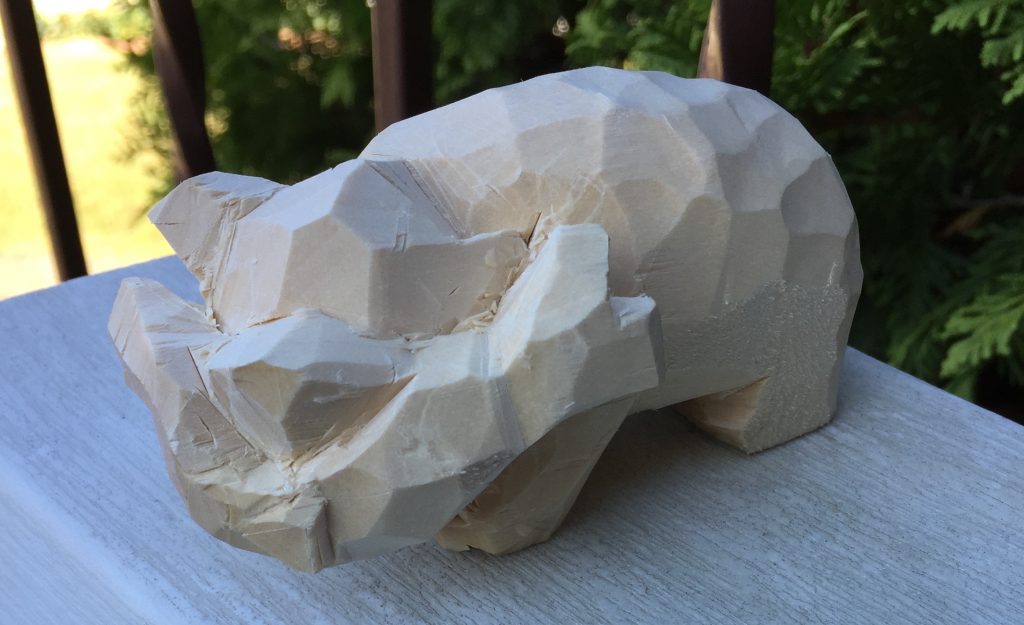 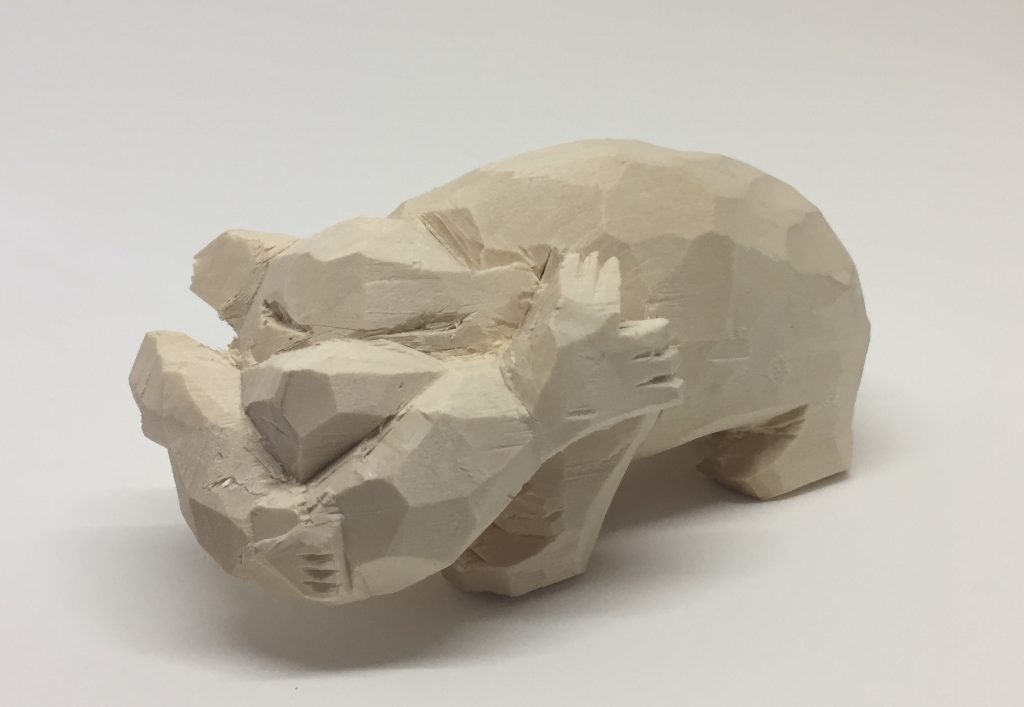 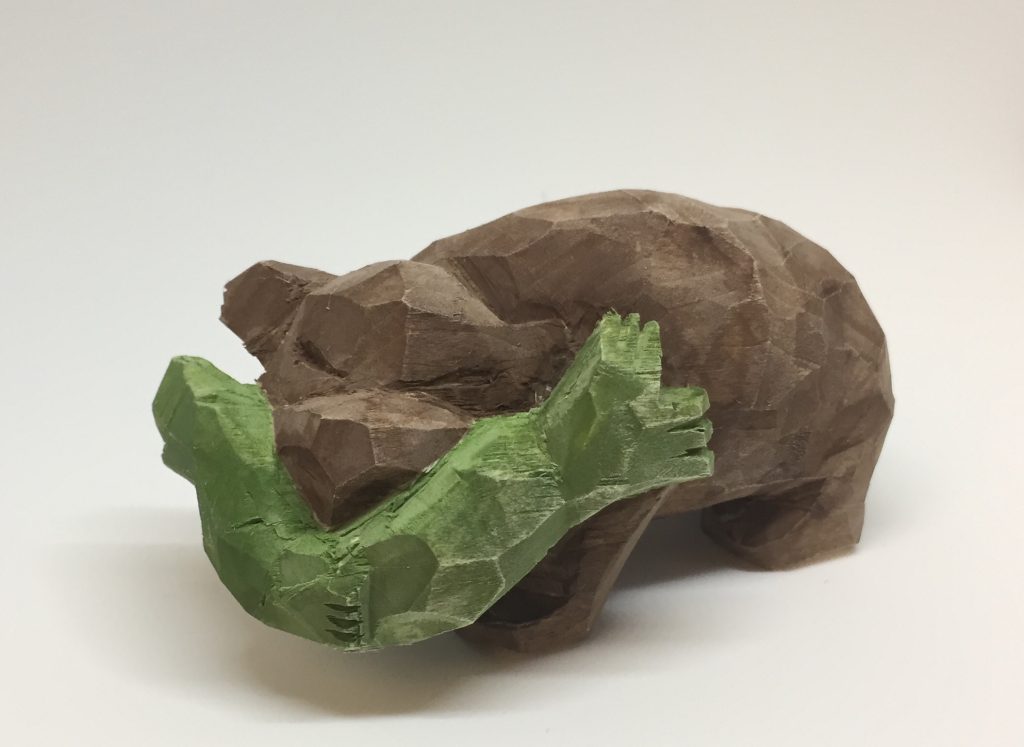 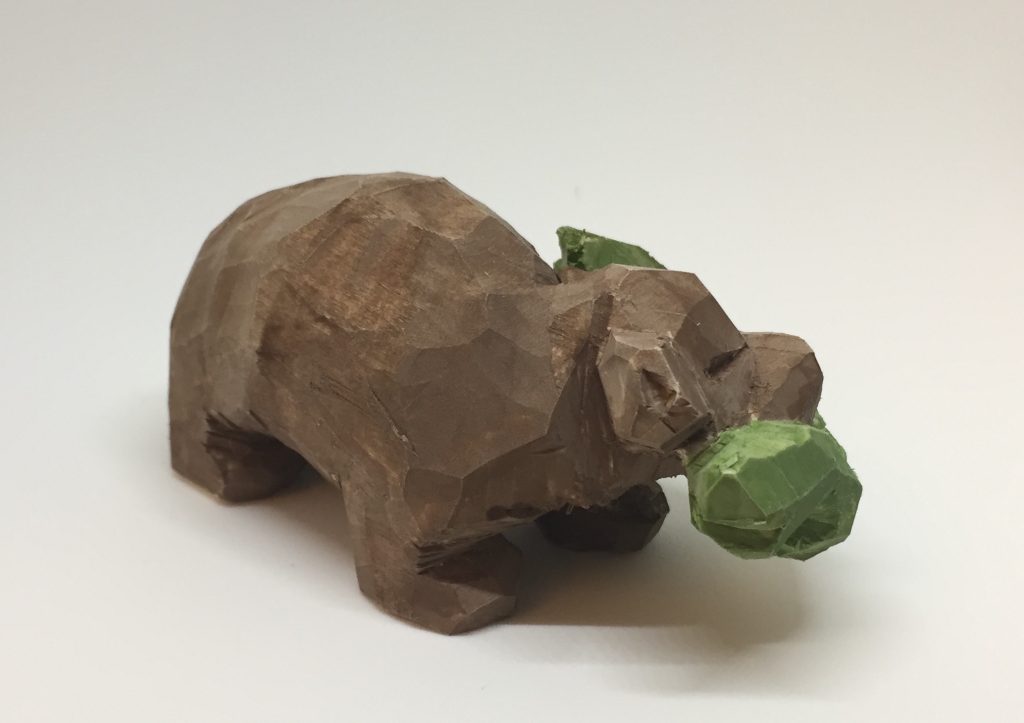 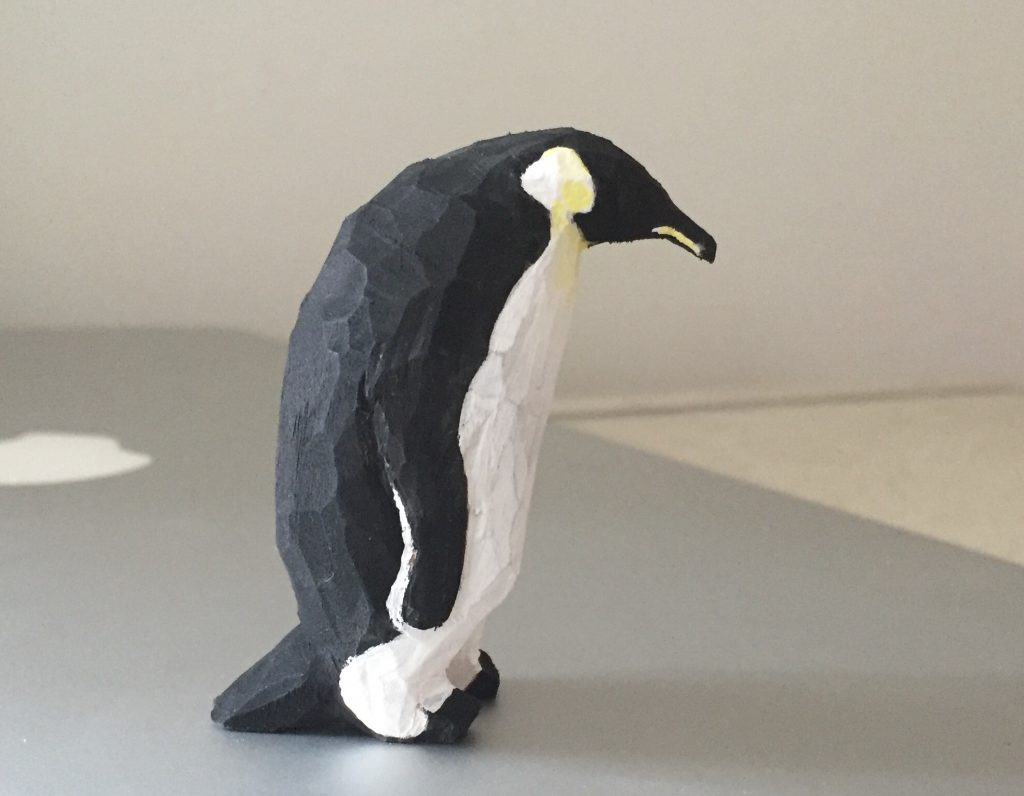 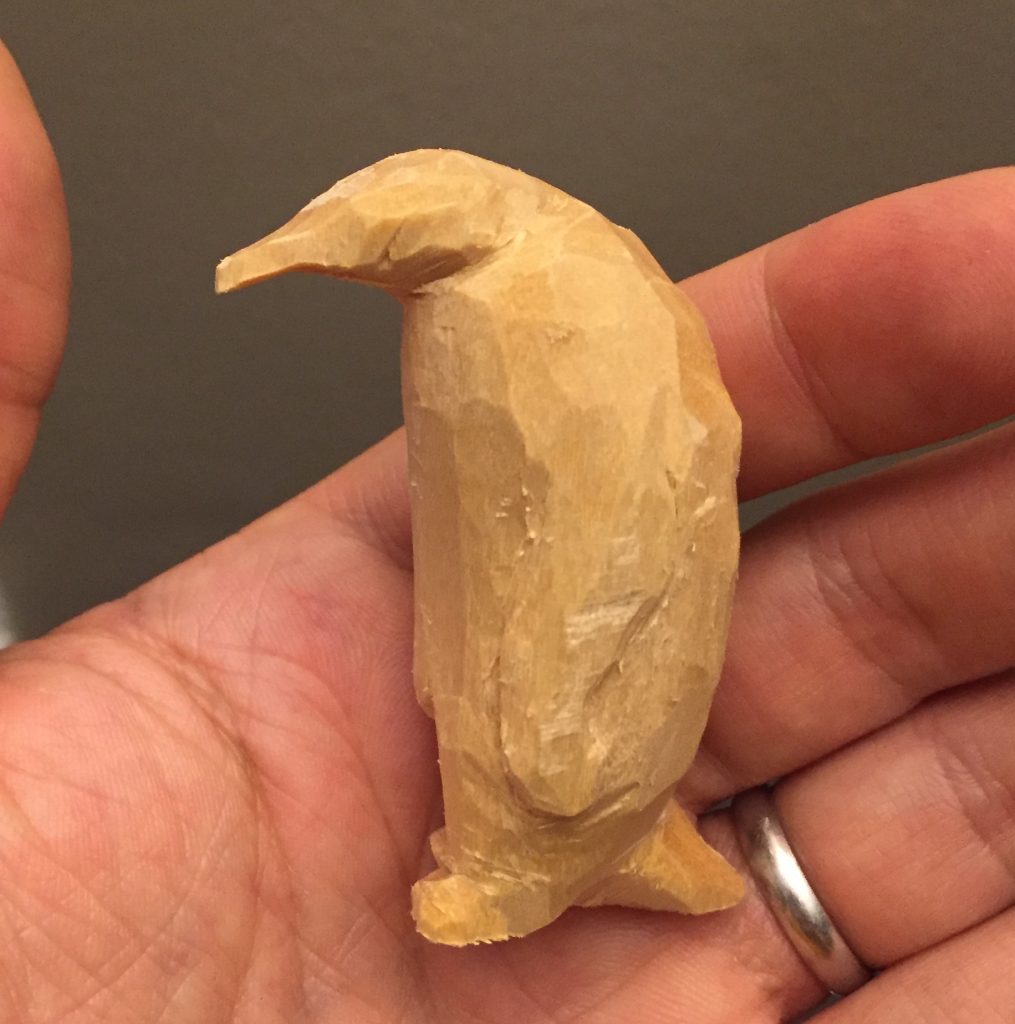 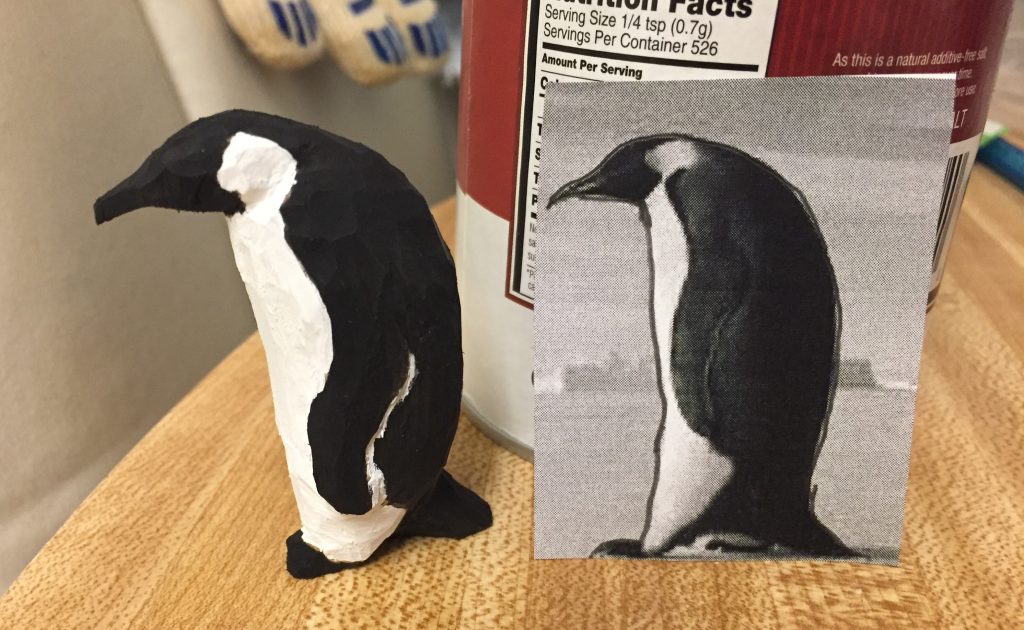 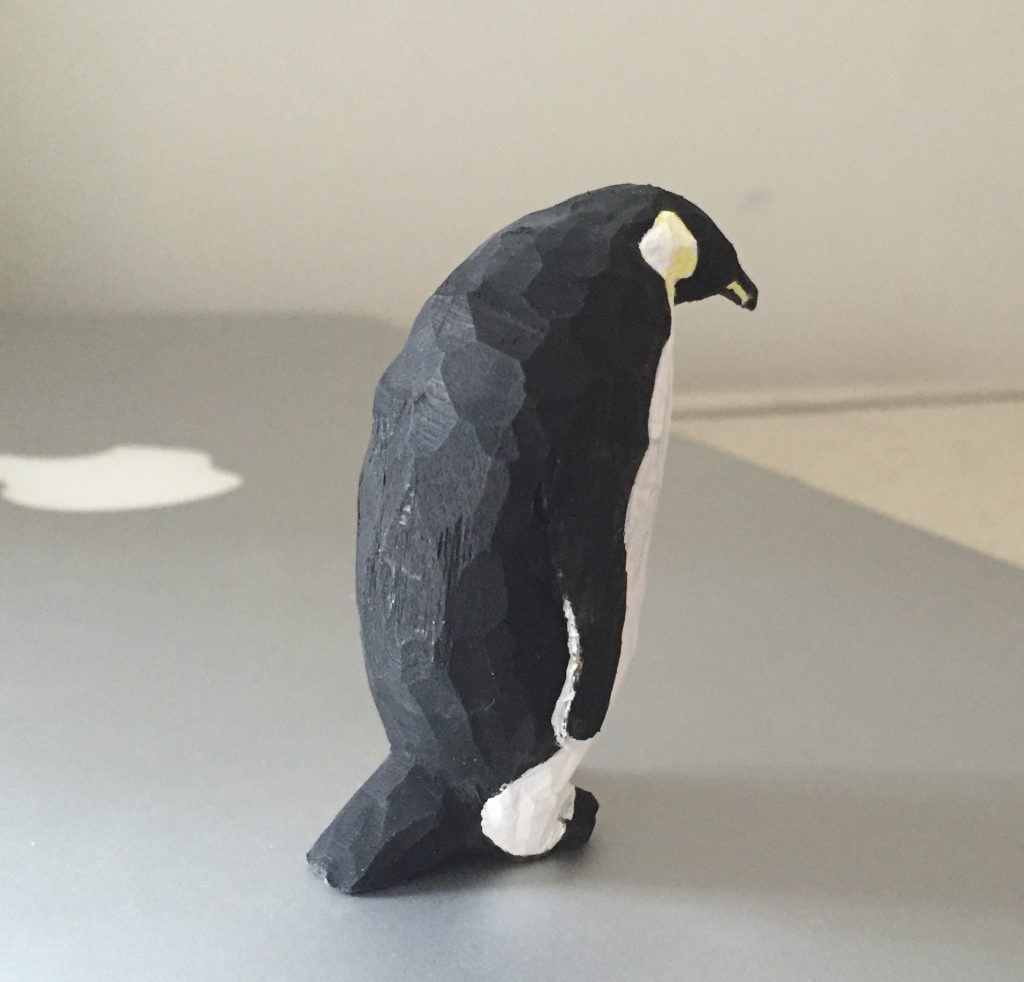 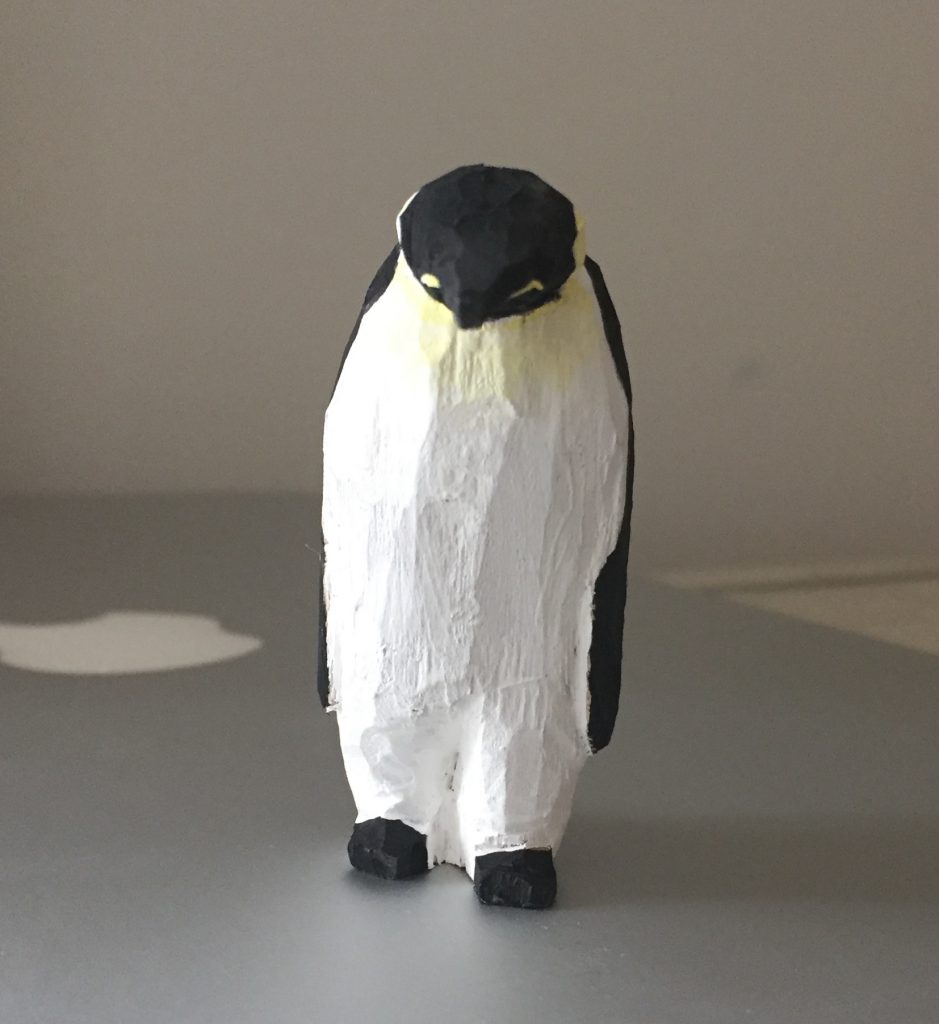 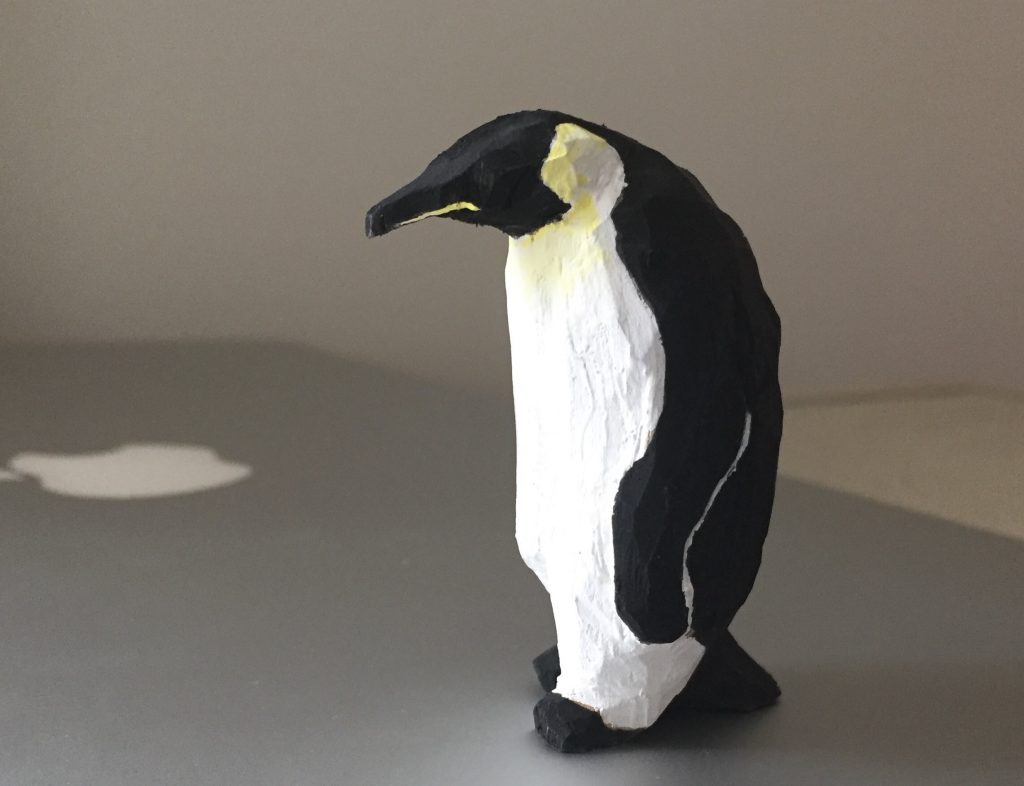 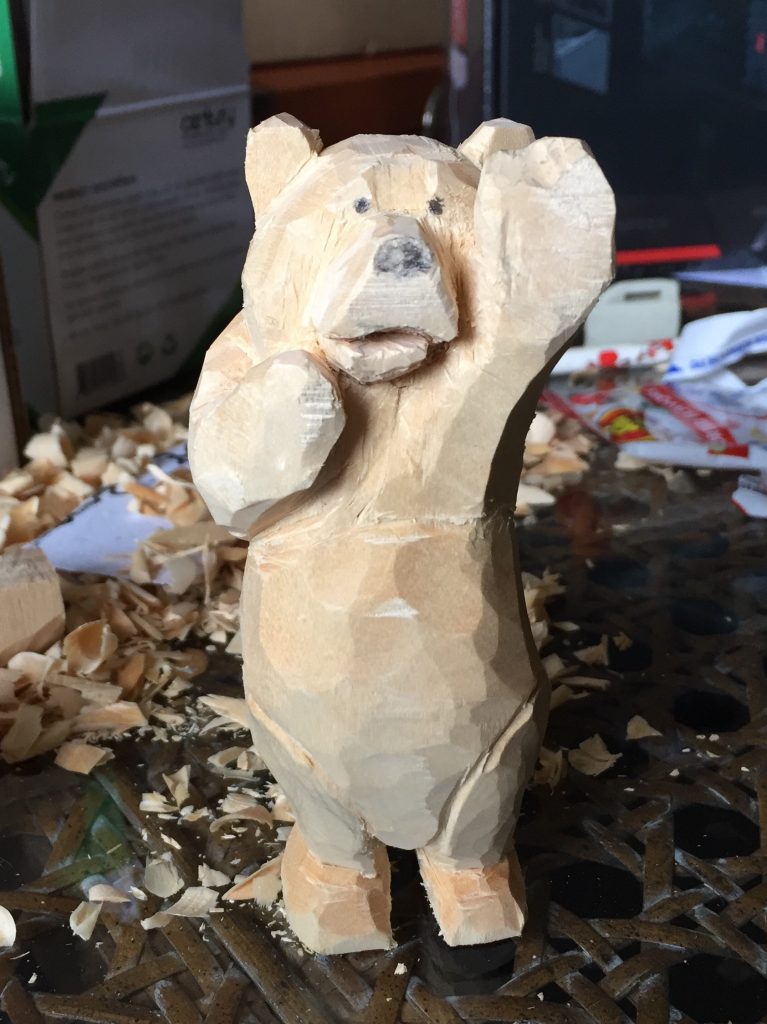 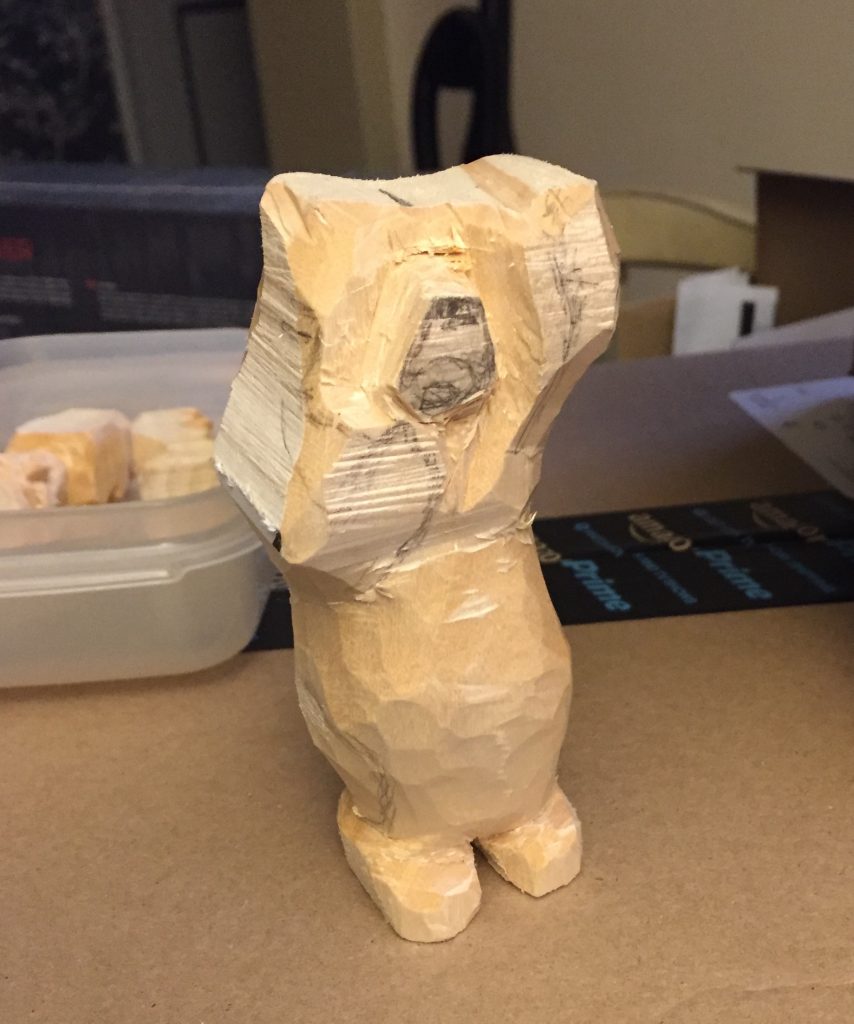