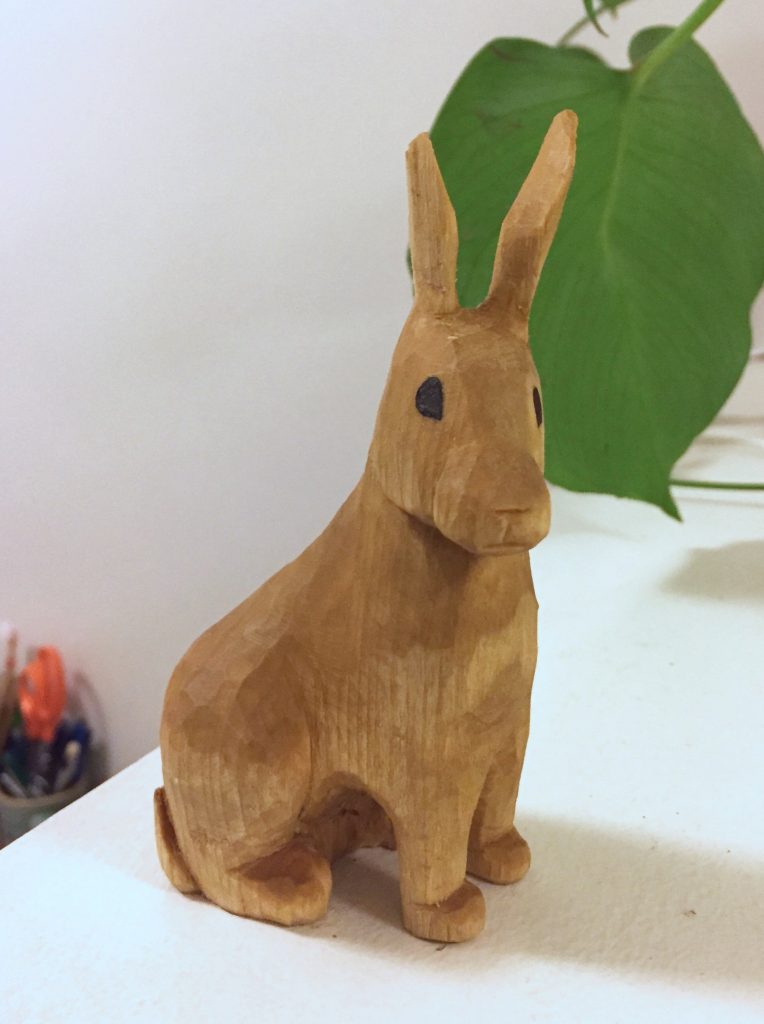 Mr. Rabbit or Hazel as we call him was based on an image I found online. I printed it out and put carbon paper between the image and wood and drew over it with a pencil. This is the first carving I tinted with paint. I liked the look of the wood grain and wanted it to show through. I heavily diluted yellow ocher wet the wood and painted the entire carving. To finish it I used boiled linseed oil. This carving came out well, I could have gone a bit further with his nose and mouth, but I was afraid to. I could have carved his eyes, but they should stick out a bit and I didn’t leave room. 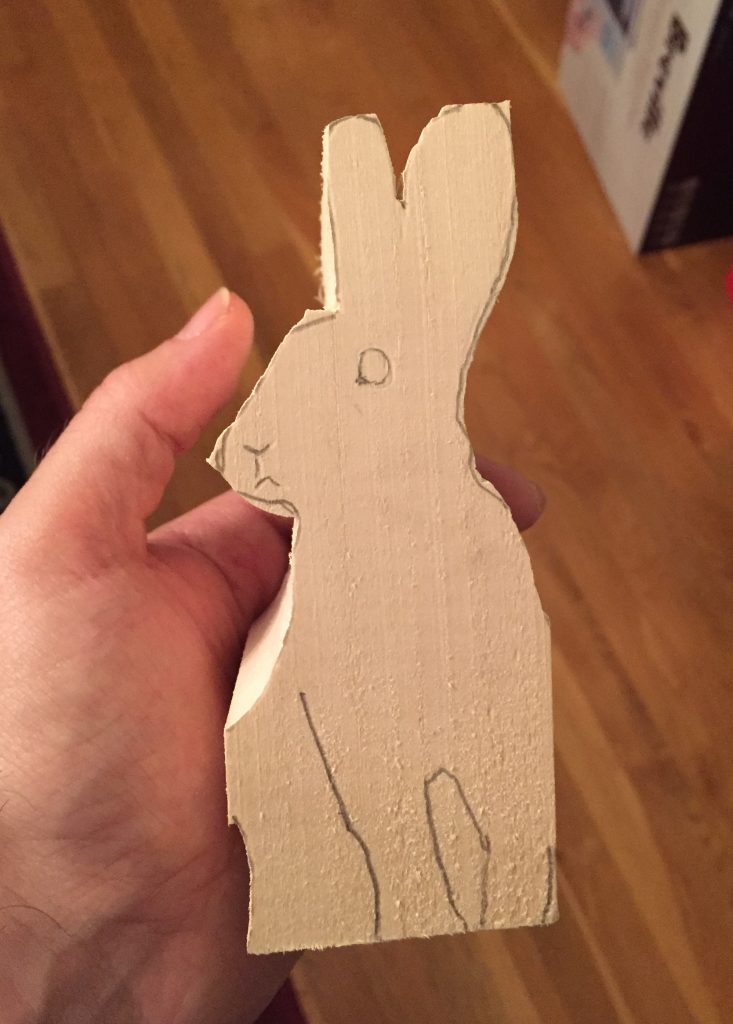 Because I cut the pattern of the rabbit on an angle I didn’t turn his head enough or turned it too much I didn’t have enough or didn’t leave enough room for his one ear. I just docked his ear, so it turns out he got in a fight. 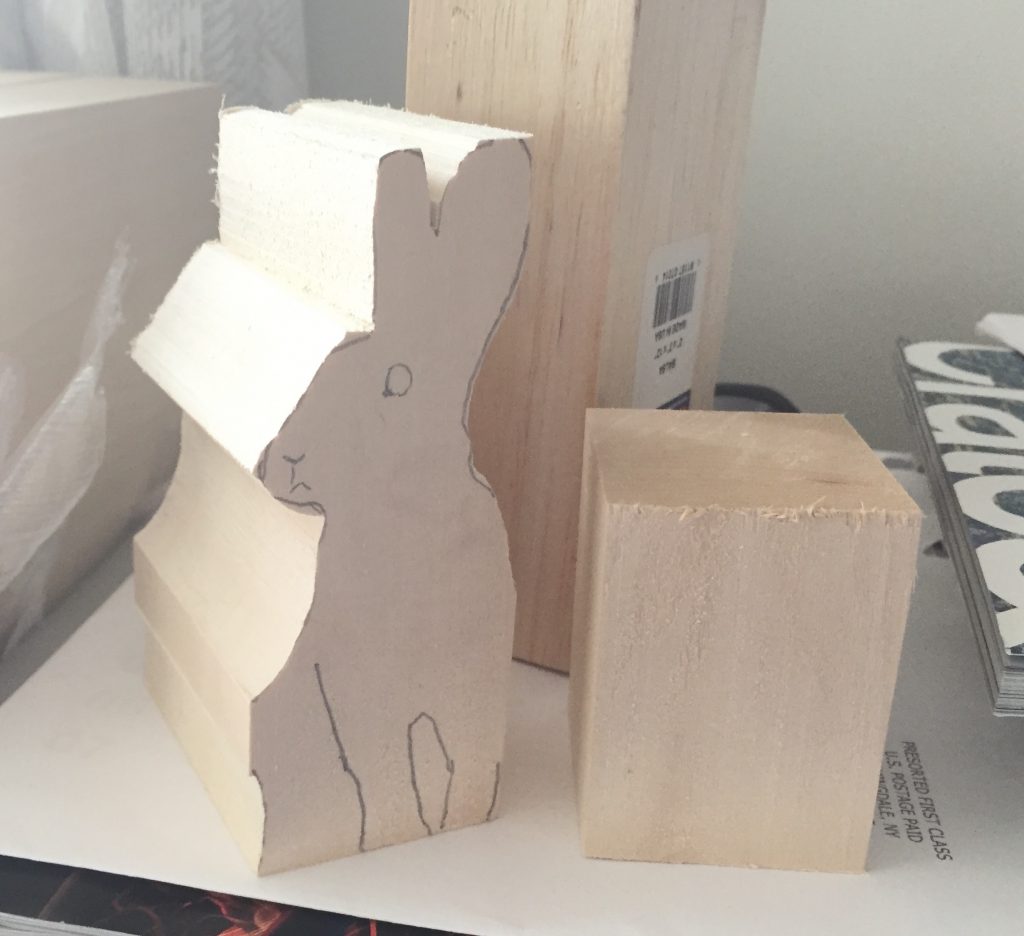 I’ve gotten much better at removing excess wood with the knife. The bottom left area beside his leg needed to be removed. I was able to rather easily remove about an inch of wood. I was getting so good, I almost removed too much. 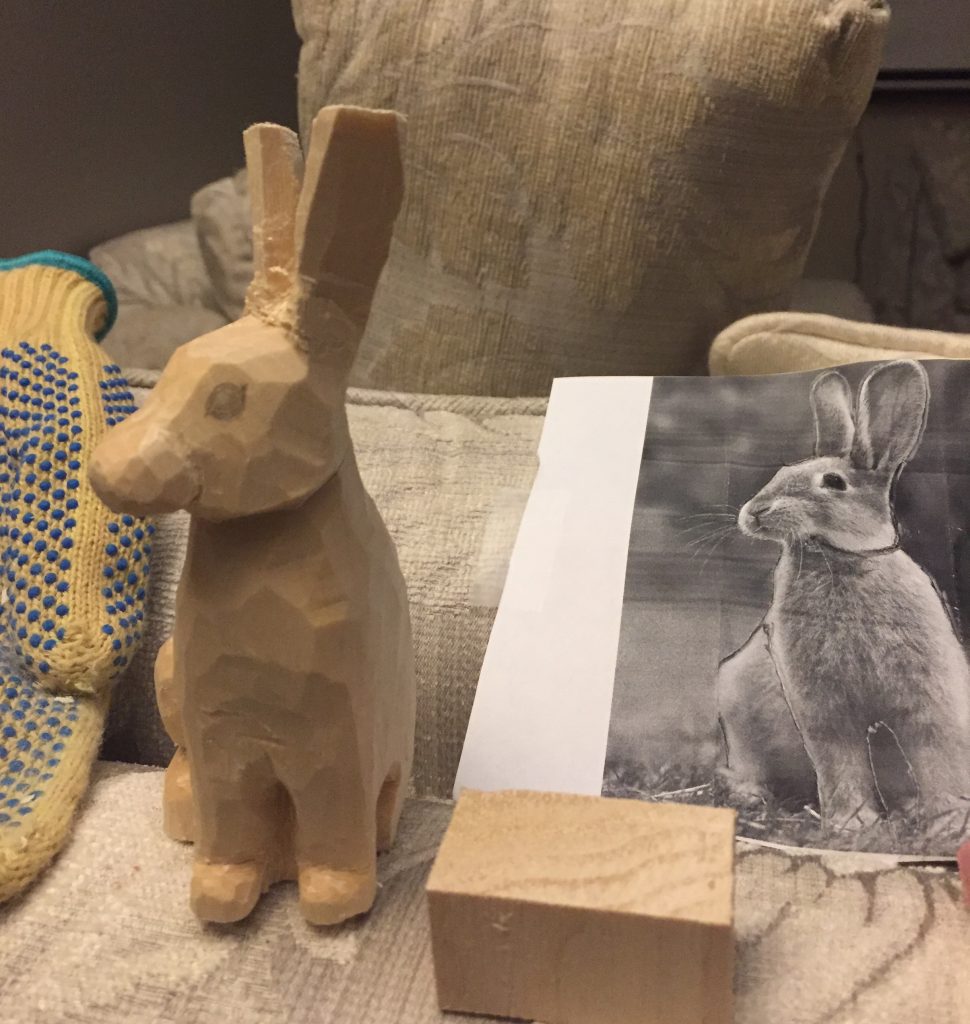 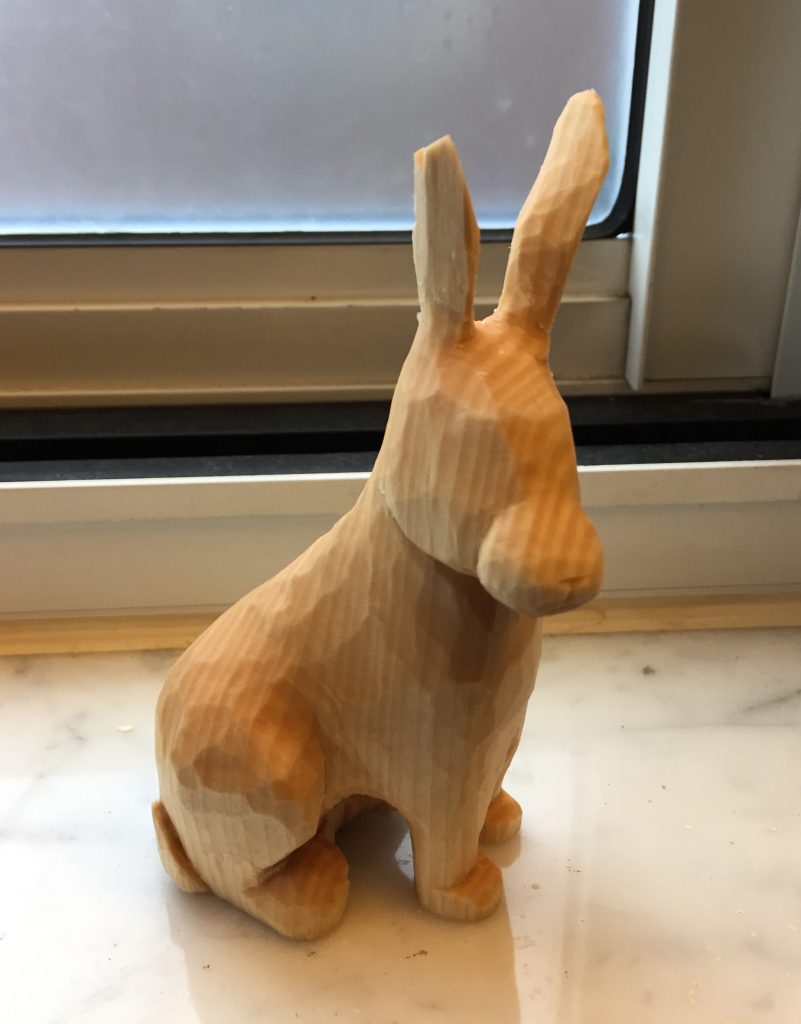