This little bit of code inserted right into the editing area of a WordPress blog will cause the text to stop wrapping, or prevent the text from wrapping and show up below the image. This happens when an image is aligned left. Here are two options.

The easiest way I found is to select on your image and click the pencil in the upper left corner to edit. Then in display settings – alignment select [none] for the alignment.

Insert this code above any text that you want below an image.

This CSS code actually works better in some cases. 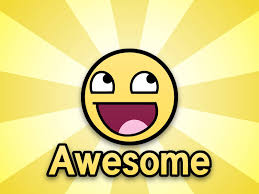 I spent more hours that I would like to admit trying to figure this one out. I’ll post and maybe save someone the trouble. I was trying to create columns in wordpress that when viewed on an iphone would stack on top of each other. I performed many google searches on the matter and found lots of information. I think I’ve found the simplest solution to this issue. Some of the searches I performed were:

I read about @media queries and “div class” and “div id”. They all worked, but when viewing the site on a mobile device the text was cramped and still in columns. I wanted a solution without having to learn to code CSS.

Easy Columns <– it’s a plugin for WordPress. I installed it and creating columns becomes really easy. For example if you wanted a one third column on the left and two thirds on the right you would type

It’s that easy, I think the plugin has built in @media calls to reshape the layout based on screen size. It’s been working great for ber10thal.com/beverage. I set my images on the left and the text on the right. In mobile it stacks and is easy to read.