Apple has done a complete visual redesign of iOS 7. Here is my pictorial review. 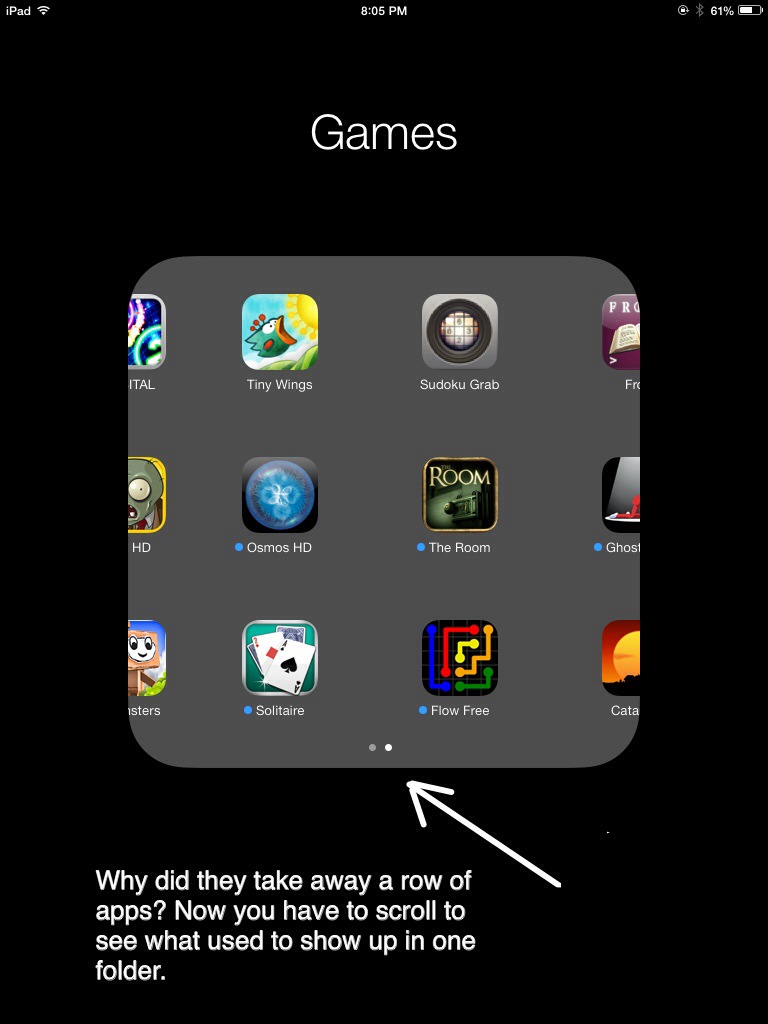 Apple changed the number of app icons that can be seen in one screen. 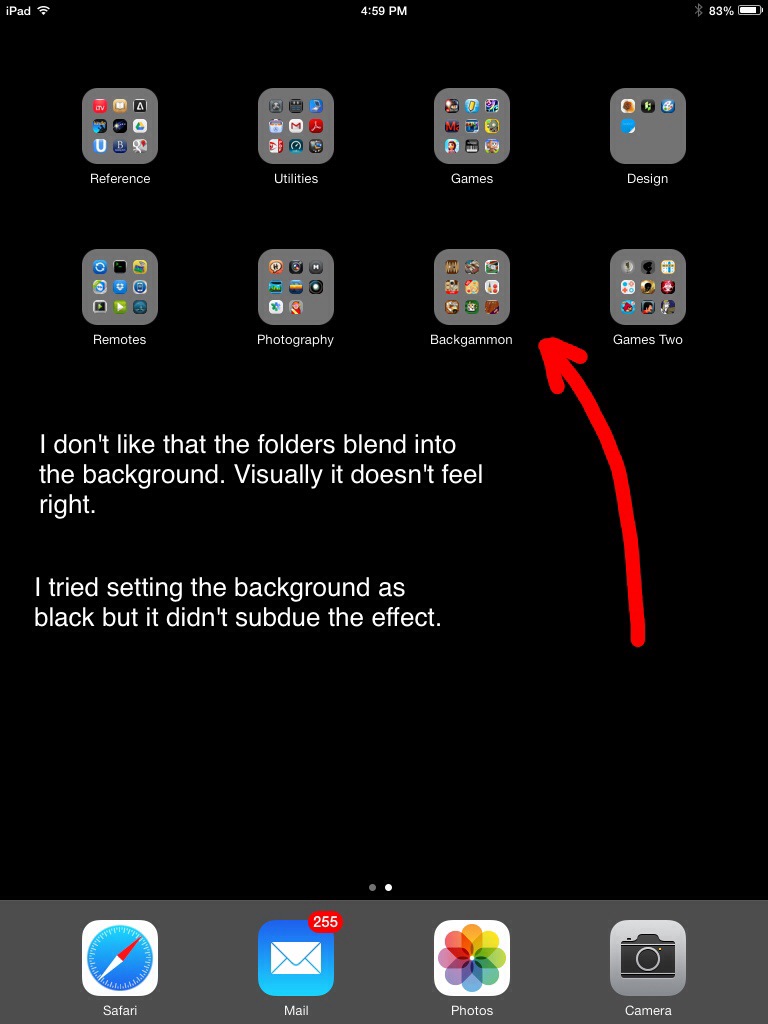 Without a defined border around the folders this just looks weird to me. 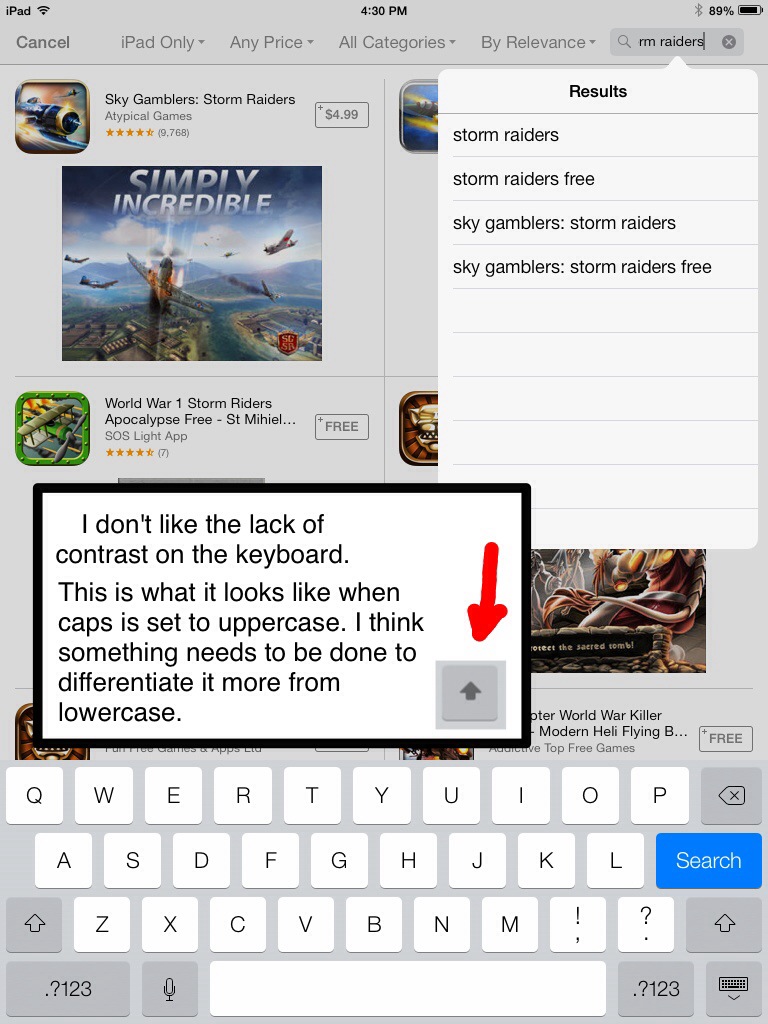 I know… these days visual design is flat and awesome, but it feels cold and lacks contrast. 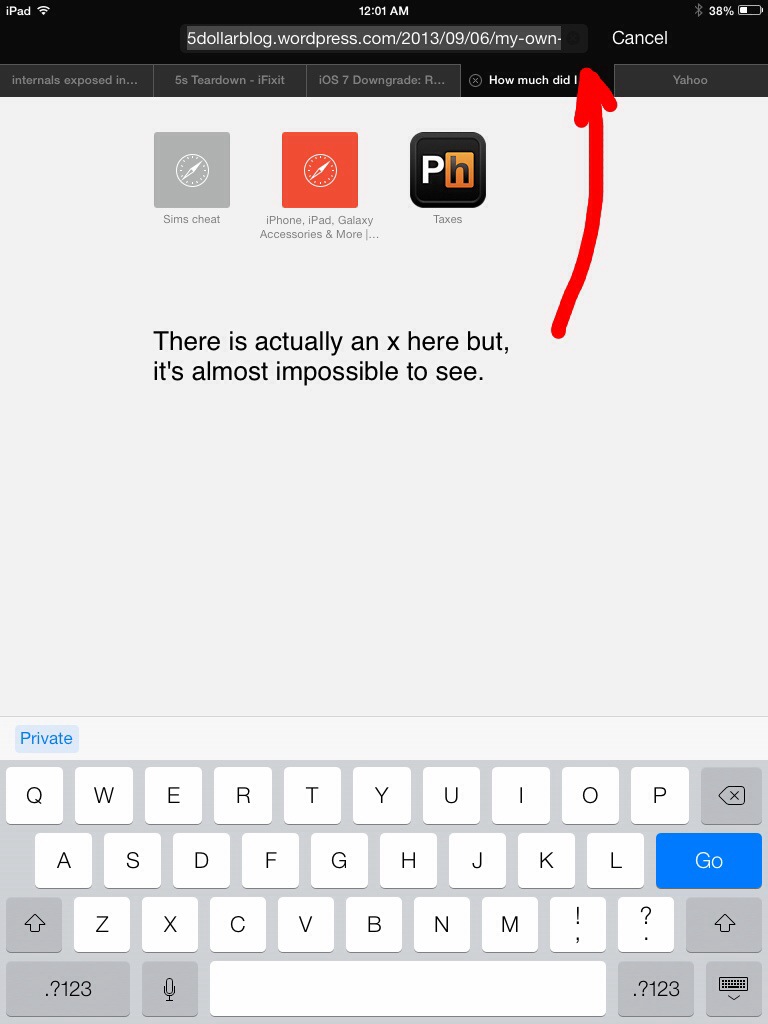 The navigation of safari has always been a pain for me, things are just too small and difficult to accurately tap on. I just realized the hidden x is by design. Since the text is highlighted any key will erase it. My fiance thinks that having the active tab darker is visually confusing. She thinks the active tab should be light and the others dark. 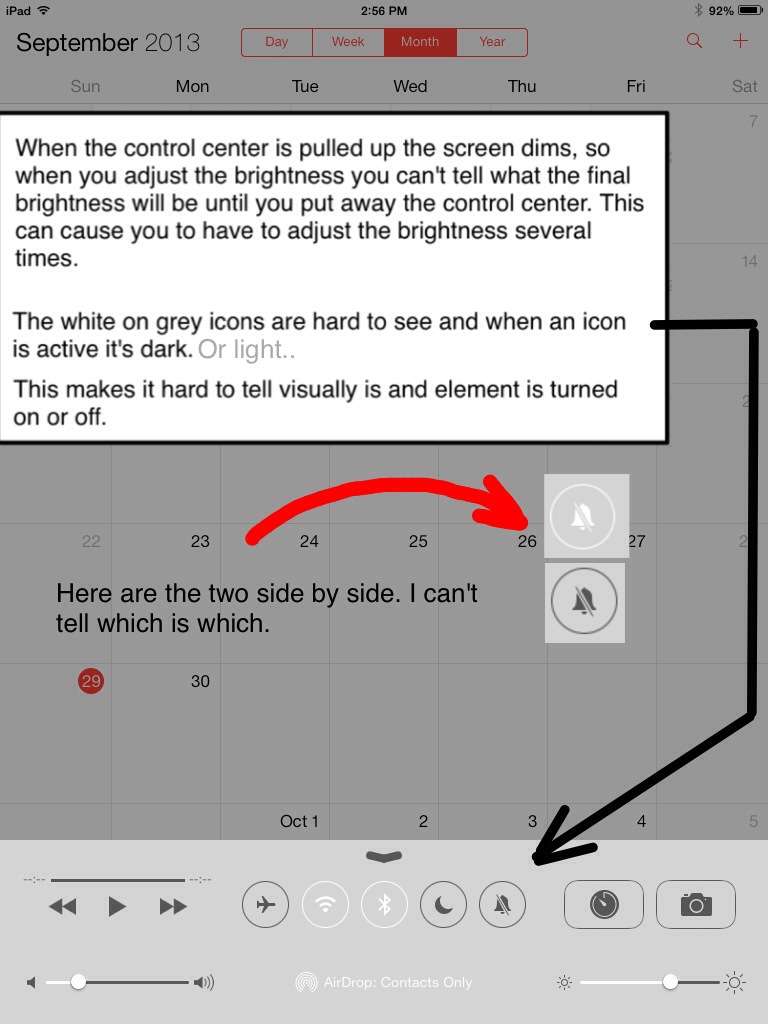 The design in some places is a mess. 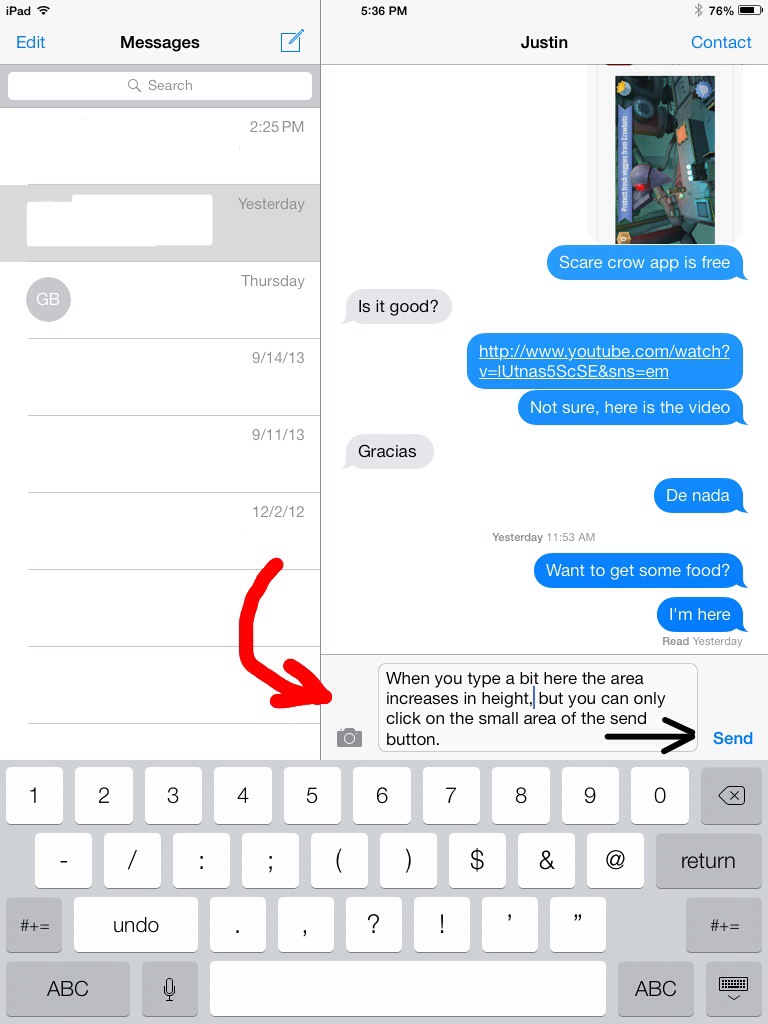 A perfect example of the flat white featureless design. I find that the clickable areas are too damn small sometimes. I hate struggling to tap or find an element. 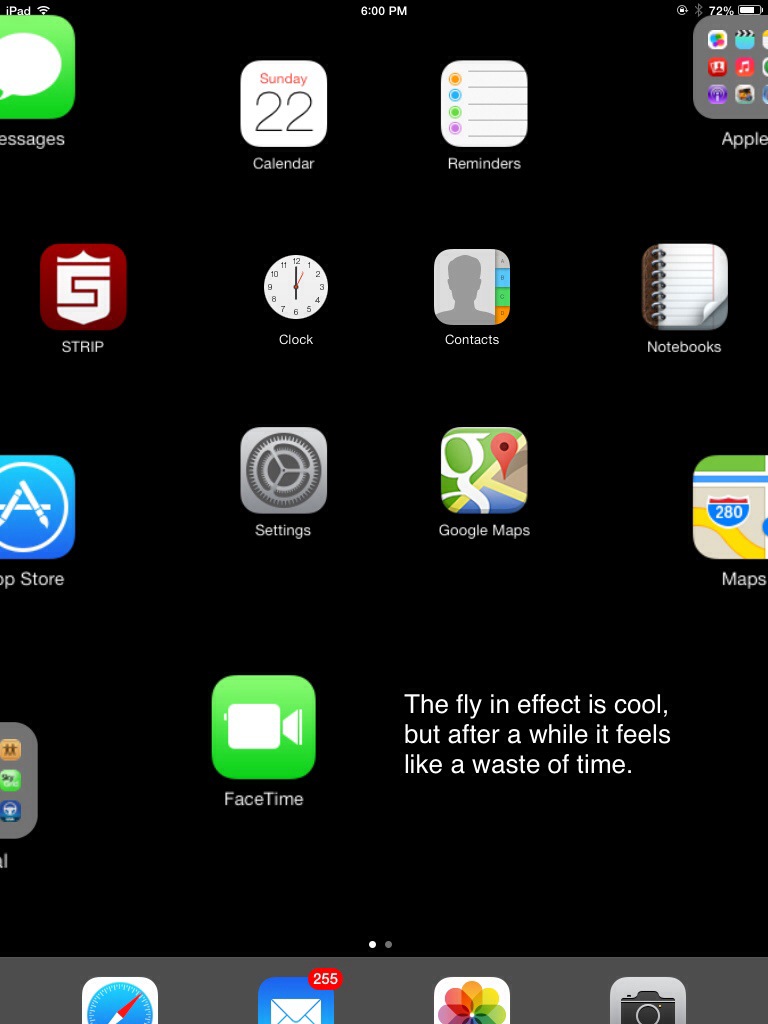 The fly in effect is only cute for so long. 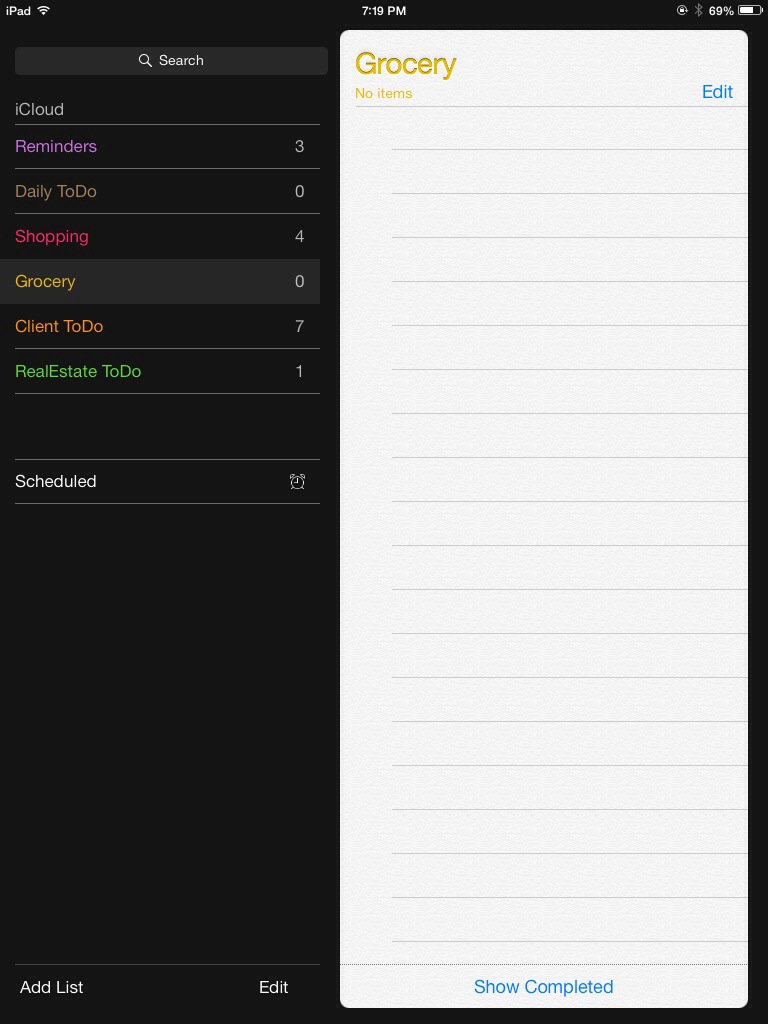 Here is an example of a dark vs light design. I actually prefer the darker one. 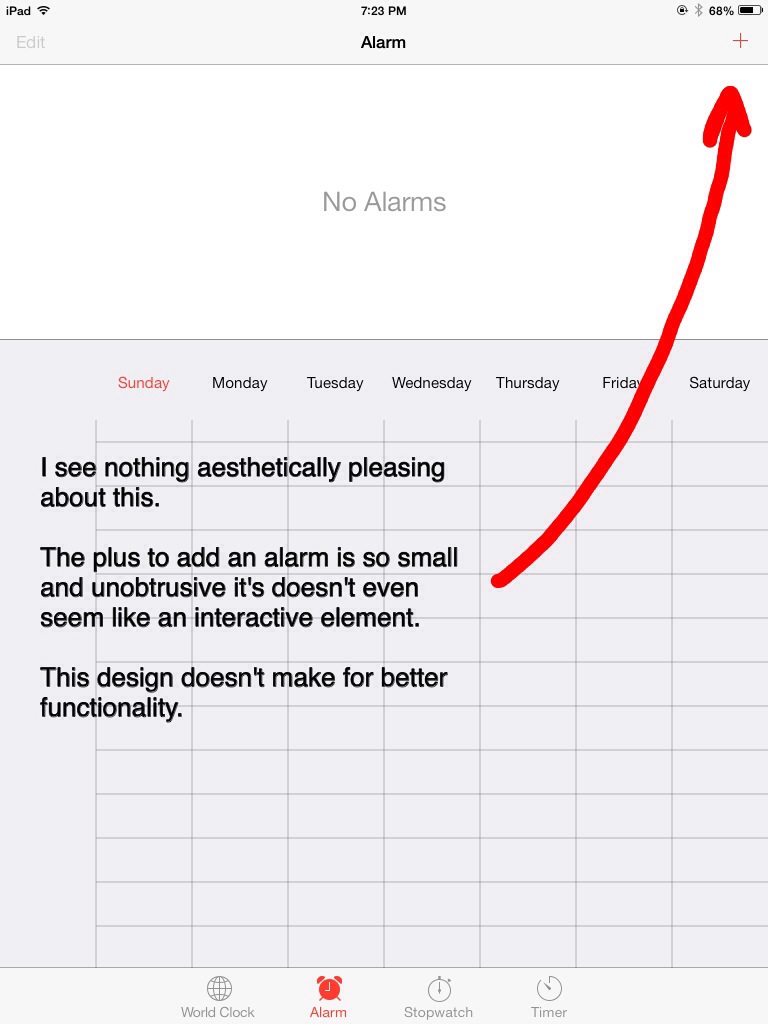 This is just plain ugly and sterile. People that have difficulty seeing or that have aging vision will have a very hard time with the navigation here. 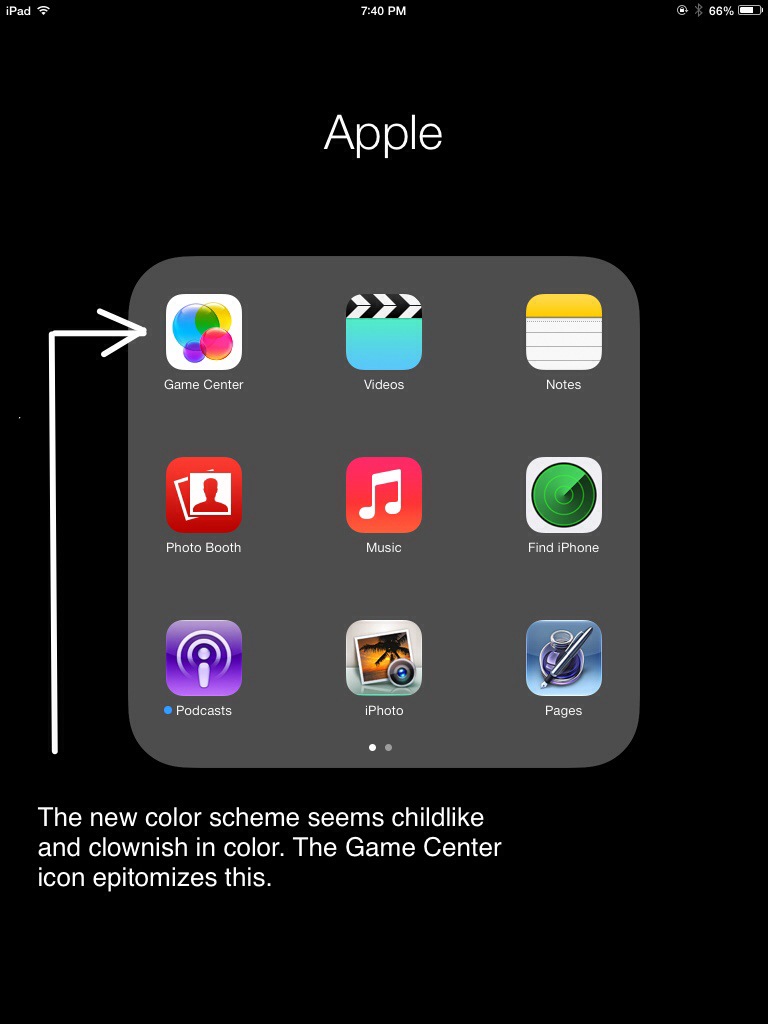 I think the color scheme is questionable. 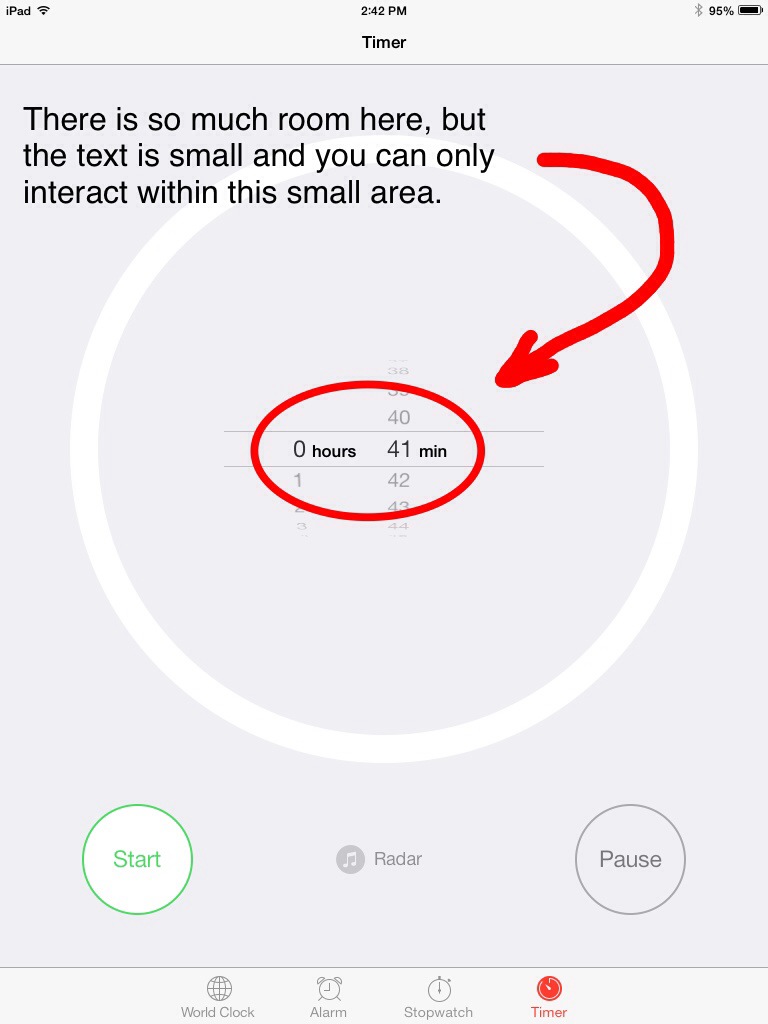 This design and use of space works better on an iPhone. 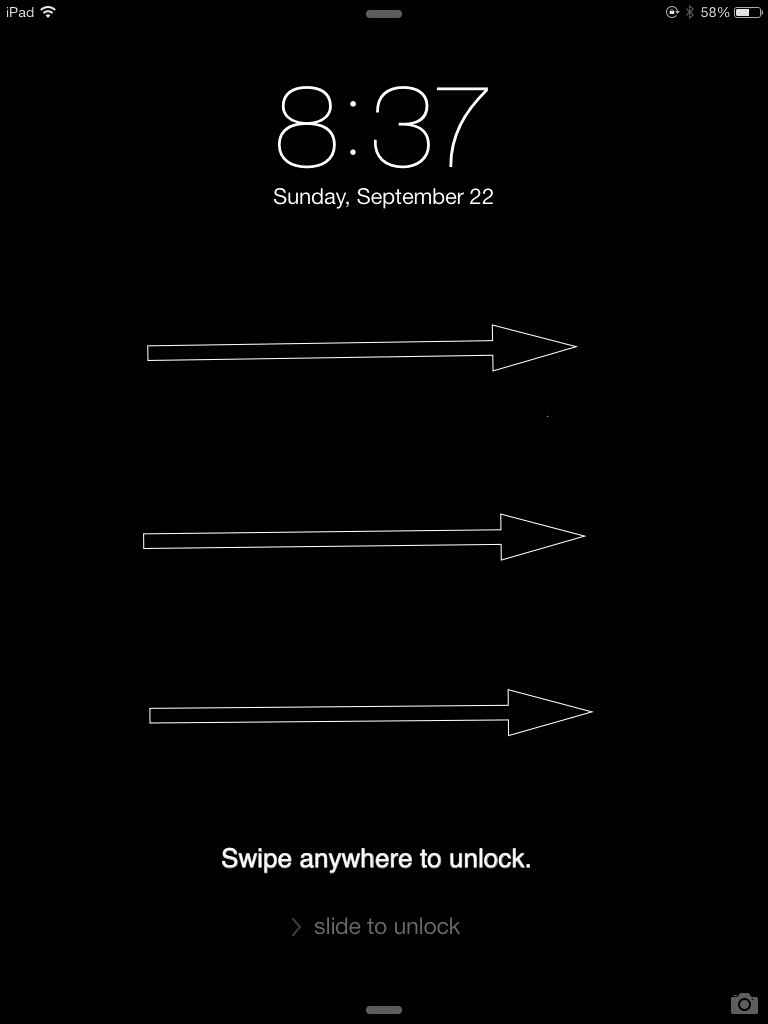 I like that you can swipe anywhere on the lock screen to unlock the iPad. For some reason I’ve often been swiping the wrong way. 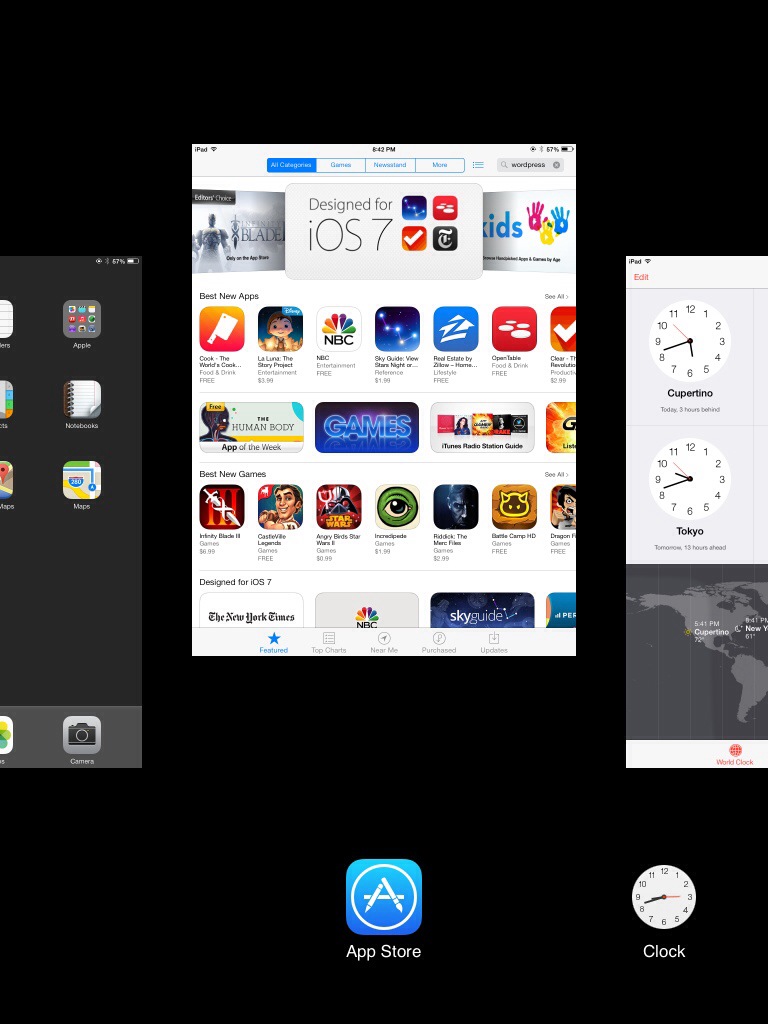 I love how app switching works now. It’s easer to go between apps, and it’s great fun to close down apps by swiping up on them. 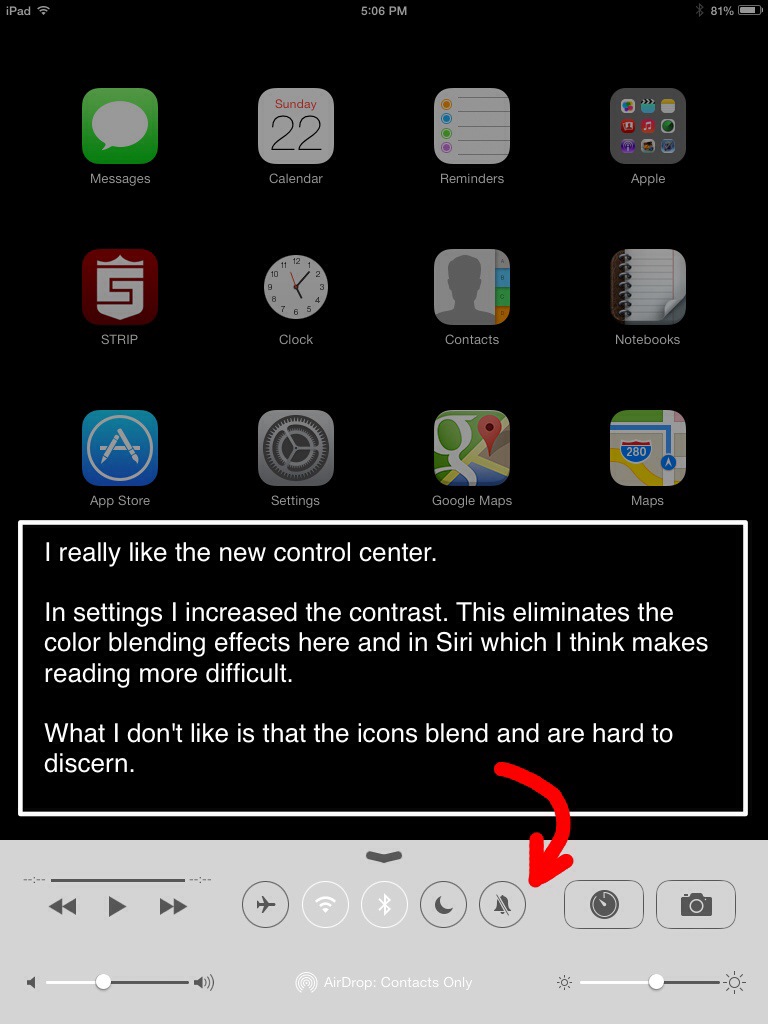 The new Control Center is a very nice addition. I’d like to be able to change which icons are listed. It’s also hard to tell if a setting is active because it goes from an outline icon to solid. Every time I have to figure out if the solid means it’s off or on.

The new design might actually look better if it was black. As far as battery life goes, I think it takes more energy to render a light design as opposed to a dark one.

In general I’m disappointed with the new look, but as far as a mobile platform goes Apple (iOS) is still the best. Under the hood is the best computer engineering out there. The basic functionality of iOS is still amazing and solid. I know that Apple must have some of the best developers around. Included with any Apple product is the app store which in my opinion is the best most diverse purchasing ecosystem right now.

So, yes the new paint job I don’t like but, it’s just a paint job, the core of the system still has good bones and I don’t have any plans to switch to anything else