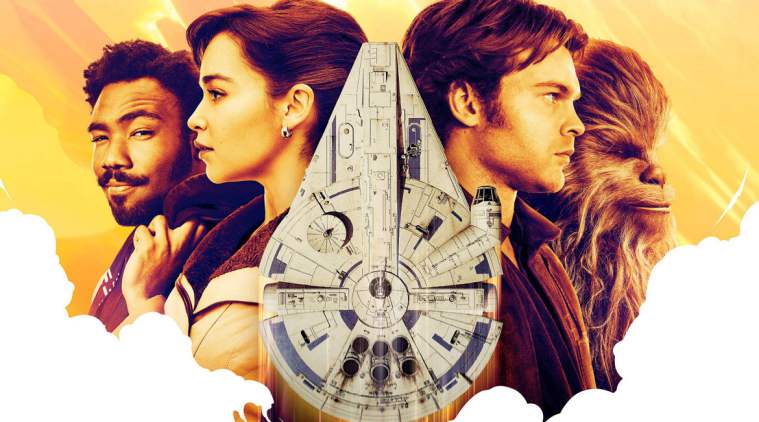 I’m a fan of the Star Wars movies, and I remember my parents taking me the see the original movies in the 1970’s. I had a VCR tape of Return of the Jedi, that I’d watch after school. To this day it’s still burned into my memory what the Ewoks said and where exactly the cut scenes are. (spoiler warning, this post will describe scenes in the movie)

On my flight back from CA I was able to watch the Solo movie on the plane. Before the movie started there was a message about the movie being edited for time and content. It was hard to hear on the plane, but I did watch the entire movie wondering what was cut. When I got back home I watched an uncut version hoping to see the meaningful scenes that had been cut. However, I don’t think anything was, this is just a meaningless movie.

My thoughts about the acting

From start to finish this movie is action, barely taking a moment to breath. It was exhausting to watch. Alden Ehrenreich the actor that played Solo was a one dimensional character. He mainly emoted confidence and a smile. A smile that just didn’t fit for many of the scenes it showed up in. I remember Harrison Ford playing Solo and he had a wide range of emotional reactions. He was clearly deflated, (even whining a bit) while showing off he went to activate hyperspace and the ship malfunctioned. Embarrassed when he triggered the alarm on the detention level, had an awkward conversation and ended up shooting the com. Jealous when he thought Leah liked Luke more than him. Gruff and indignant when he thought the search teams didn’t do enough to find Luke on Hoth. Loving and appreciative when Leah had a concealed blaster and saved their lives. Worried when on the ship with the stolen code in route to the death star with Luke “Keep your distance, but don’t look like you’re keeping your distance… fly casual”. He wasn’t over confident when he was begging Jaba to make a deal after coming out of carbonite.

Alden didn’t show this kind of depth and breadth of emotion. Even in dire situations mostly he showed over confidence. The speeder chase was boring. When the speeder got stuck sideways there was no break for a human reaction to the situation. He just took the dice and ran. This may have been a directorial issue, but it was a lost opportunity to show the emotional result of Solo’s miscalculation and ultimate failure. There was passion between him and Emilia Clarke, but even in times of struggle the interaction didn’t show any range of emotion. The best part of his performance was the interaction and growing relationship between him and Chewy. It showed a genuine development of a relationship.

Although they are good actors, I didn’t like seeing Woody Harrelson, and Emillia Clarke in the movie. I want the experience of watching a Star Wars movie to take me away. Seeing Emilia I could only think of Daenerys Stormborn. It even felt like her when watching this movie. Woody is in many other movies and shows and this just flashes back at me when watching him, regardless of how good his performance was. Thandie Newton’s performance was good, but again all I saw was Maeve from West World. Maybe this is normal, but I remember seeing the movie Capote played by Phillip Seymour Hoffman, and I felt like I was watching a completely different person.

A few things I disliked (hated)

Enough with the dice, I get it, and handing dice to Solo while he was in cuffs was just stupid. It was as if the dice were more important than good character development. It seemed out of character for Solo to say “we’re gonna win” in the elevator. That just made me think of the present day. The gambling scenes; I felt like Solo should have had more push-back before even getting a seat to the table. He was accepted too easily into that situation. That scene introduction also felt stark and forced. Generally all of the non stop action was exhausting to watch.

A few things I liked

Paul Bettany’s performance was great, he seemed like chaos, rage, and unpredictability rolled into one. The building of the relationship between Chewy and Solo. L3-37’s character and the voice acting by Phoebe Waller-Bridge. Jon Favreau voice acting for the character Rio. Donald Glover’s performance as Lando.

This movie has no soul. It was devoid of the character development that connects me with the story and characters. This is sad for me as a fan of the Star Wars universe. I wasn’t expecting it to live up to characters from the original movies like Yoda, Solo, or Obi-Wan. I expected something emotionally meaningful, even if the movie didn’t inherently have the deeper meanings of the original movies.